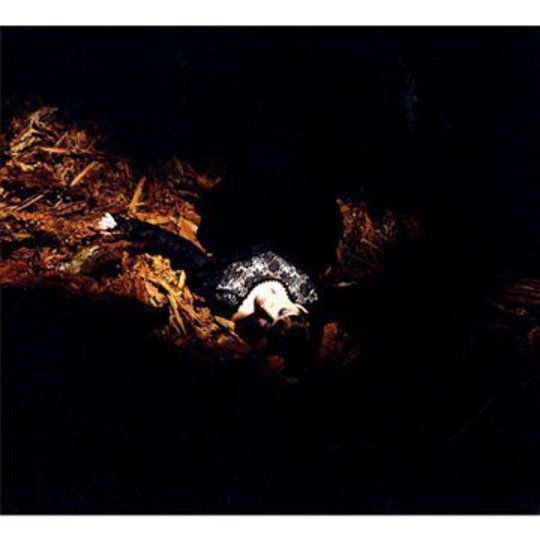 Rappers shouldn’t have a monopoly on keeping it real. Folk singers should have to keep it real too. If someone making overtly and consciously sad music doesn’t keep it real then the music suffers. When that sadness isn’t authentic it is evident in the songs. Misery can and should be used in music, but the artificial drenching of music with misery that doesn’t feel genuine should not be encouraged. That ain’t keeping it real. Playa.

Emily Jane White’s first album, Dark Undercoat, was a delightful piece of work. It had a stripped down sound. White played the guitar and sometimes the piano. There were a few strings and smatterings of percussion. The focus though was her melancholy voice singing gentle melodies with poetic, often abstract imagery. It was low key and powerful without being earnest. Critics and human beings alike united in their praise for the album.

Its successor is in some ways a progression of her sound. She has moved on from the mostly acoustic guitar driven first album. There are more instruments to hear and strings have a little more prominence. While the guitar is no longer driving it does remain a vocal passenger, she even plugs in for a couple of the songs. The move to a more layered sound has led to another significant change from the first album. The simple and effective melodies are for the most part gone. The broader scope has flattened much of the short rhythms that were so effective throughout Dark Undercoat. It is indicative of the problems with this album overall. It feels like an attempt to create a more meaningful or more serious sound, but it just feels more earnest and generally less interesting or enjoyable.

This problem is evident in what is another quite subtle change. White’s vocals, again the focus of the songs, have changed. Gone is the light melancholy and here instead is a forced angst. She sings now as if trying to convince people how terribly sad these songs are and how meaningful that makes them. On Dark Undercoat's 'Two Shots to the Head' she sang of losing love and murder. She sang with sadness, yes, but it came in a cocktail of emotions of which the gloom was only one component. It wasn’t dreary and didn’t feel forced. Too much of the singing on Victorian America feels like an attempt to force sorrow into the music. That insincerity means it lacks emotional resonance and worse, it makes it dull.

The stand out song is the title track. Emily’s impeccable feminist credentials come to the fore (she studied gender at the University of California) on this tale of oppressed women conflated with the tragedy of Hurricane Katrina and a general uneasiness with America. The unusual poetry is aided in no small part by the simple melody of the hook: “women at home in Victorian America.” The way she sings the words “Victorian America” draws you into the song and demand you examine and appreciate the lyrics.

Another song that makes an impact is 'The Ravens'. The music is back to just Emily, her guitar and a few strings, allowing that gift for short melody to shine through. She sings the word “masterpiece” quite beautifully, with a rhythmic tail going down three notes. It works wonderfully and she weaves that melody throughout the song. She sings of fated loss and here the emotion feels real. Yet even with sincerity and that excellent repeated riff, the song is the longest on the album, it drags a little and really could do with being half as long.

'Frozen Heart' is an example of the insincerity in White’s sadness being extended to, and perhaps infecting, the music itself. The lyrics speak of, “blood and tears,” “dying art” and frozen hearts. White’s singing is again melodramatic, but worse, the instruments follow her example. The piano is played forte throughout and the cymbals are constantly crashing to underscore how important and emotionally powerful the whole thing is.

Clearly this album is competently put together. The poetry is complex and probably interesting and intelligent if you have the time for it. The instruments are all played well and apart from on the horrible wailing electronic-adventure 'Red Dress', everyone seems mostly to know what they’re doing. Yet it lacks a certain spark, some rhythm to make that imagery more enticing. It is certainly not terrible and Emily Jane White is demonstrably capable of making powerful, moving music. But as a whole this album isn’t that - ultimately it commits the unforgiveable crime of being, for the most part, boring.