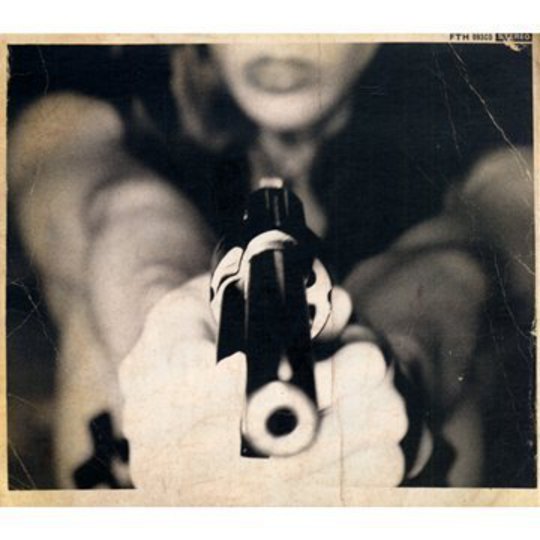 Released last year, Micah P Hinson’s double covers album All Dressed Up And Smelling Of Strangers was the sound of a man in a rut, looking for a way out. After three albums of grandiose, gravel-throated American gothic, Hinson seemed to have fallen into something of a formula, the sparse beauty of his debut ...and the Gospel Of Progress repeated with ever diminishing returns. His double album of covers, ragged-edged and one-paced, showed that he was looking for something different to do, but hadn’t yet found it. Perhaps, given the stories of self-abuse that circled around the Texan, he just needed a rest?

What you certainly didn’t expect is a new album so soon afterwards, or one that sounds as revitalised as …and the Pioneer Saboteurs. Not that Hinson has been taking advise from Katrina & The Waves – he’s still as resolutely downbeat as ever, his deep, prematurely-aged vocals croaking through a set of dark alt.country songs. Musically however, Micah has found some new life, with this new LP awash with lush strings in which his rich personality can bed down.

The album opens with a slow-paced instrumental, ‘Call To Arms’, which immediately sets out the idea that this will be something a little different to what Hinson has done before. He’s not immediately throwing himself into proceedings, overbearing the listener with that voice. He knows it’s a powerful instrument, which will have more power if it’s used sparingly. Long, introspective instrumental passages feature throughout the record, adding a splendid sense of desolation to proceedings.

There are a lot of sweeping strings throughout ...and the Pioneer Saboteurs, but don’t come along expecting a smooth ride. Although he might look and occasionally sound like Richard Hawley’s younger, scruffier brother, Hinson shares little of the Brit’s romance here. This is proclaimed as his journey through the politics of his American homeland, an idea that finds itself realised in the shape of bursts of distortion, the uneasy, atonal wavering of the string section, the frenetic, unsteady rhythms and a lyrical preoccupation with the darker side of life.

Cheating husbands, seedy love and graveside ruminations are form part of this journey to a particularly dark part of the USA, and it’s a place where Micah P Hinson sounds at home. There is some light at the end of the tunnel though – ‘Call To Arms’ string refrain returns to form the backing to ‘Dear Ashley’, a sweet respite from the turmoil at the heart of the record.

That it’s followed by the harsh industrial rhythm of ‘Watchman, Tell Us Of The Night’ says a lot about this album. It’s a messy, extremely varied mix of sounds, closing with a lengthy piece of distortion‘n’strings called ‘The Returning’ and as a whole is at times a difficult listen. It’s also the sound of a troubled soul rediscovering their direction, and setting themselves out for everyone to see, warts and all.