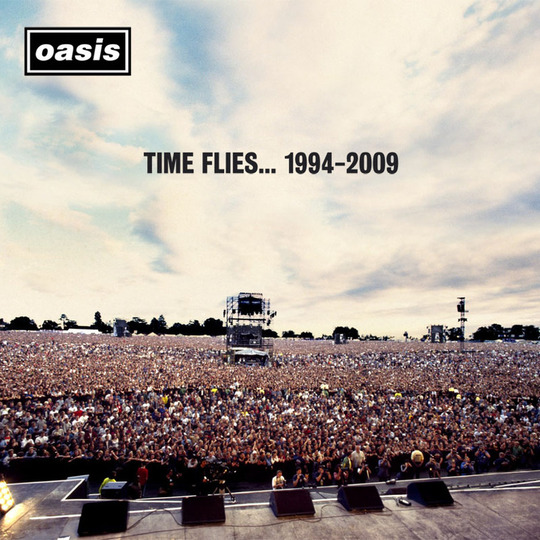 Back in 1992, American philosopher Yoshihiro Francis Fukuyama came up with a spectacularly inaccurate – and in many ways grossly insensitive – cultural treatise entitled The End of History and the Last Man. In it he concluded that following the collapse of the USSR, nothing particularly interesting was ever going to happen again, anywhere, and to all intents and purposes it really was the end of history and we might as well all go home. There are many, many reasons why he was obviously wrong, but if you were around in the Nineties in any meaningful sense, you’ll probably remember it was that sort of time. Millennium bugs aside, it seemed hard to imagine a future not basically the same as the Nineties.

Certainly for Nineties band Oasis, history more or less came to an end in the August of 1996, when lots and lots of people attended their two gigs at Knebworth in order to hear songs from the hugely popular albums Definitely Maybe and (What’s the Story) Morning Glory?, along with a splash of the A-grade B-side material that would be collated a couple of years later on The Masterplan. It sealed their legend, but narratively speaking, it virtually ended their story. After that... well, the nation went collectively mad for Be Here Now for about a month, but even the band admitted it wasn't very good after a while, and really it now pretty much serves as dividing line between ‘old’ and ‘new’ Oasis. Sure, Don’t Believe the Truth did leave a small mark on the nation's consciousness. But when all’s said and done, Oasis’s narrative came to an end a very long time ago, a fact that was ably affirmed by their recent Stop the Clocks best of, a two CD set with a tracklisting selected by Noel that included only four post-1995 songs, but plenty of old B-sides and album tracks.

So now, as a bit of post-split housekeeping, we have Time Flies 1994-2009, which consists of all of Oasis’s singles, not in order. I’m going to be honest – I’m a bit daunted over how to review this thing. In the hearts and minds of fans, detractors, and certainly the band themselves, the ‘real’ Oasis were forever that gang from the mid-Nineties, and Stop the Clocks told their story. Time Flies... dispassionately picks out an alien Oasis, one that put out most of its records in the Noughties. It feels weird and unnatural to view this as a legitimate career summary, because it’s not really the Oasis that people are thinking of when they talk about the band. So rather than try and make up some sort of spurious new narrative, I’m just going to make a few observations and then we really can all go home.