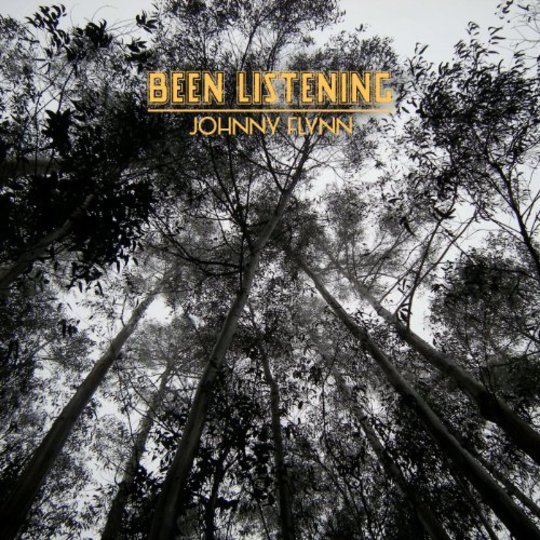 The charge often levelled at Johnny Flynn is that, while his music bleeds sincerity, his background as an actor brings that sincerity into question. Can we trust someone who made a living of trying on characters to sing honestly about his own? Is all that charisma masking an emotional con?

Flynn’s first album, A Larum, brought him and these questions to the public’s attention. A tightly-produced, classic-sounding record, it wove a fine line between honesty and riddles, offering profundity one moment, and whipping it away with rhyming games the next. Musically, it was also a paradox. A trad-folk aficionado, Flynn chose to record in grunge capital Seattle, and came back with a sound that was apparently all roots, but smacked suspiciously of the post-modern. An easy album to love, it came with an uneasy feeling that the love might lead to heartache.

Been Listening has no such problem. While still possessing the playful way with language and meaning that has become Flynn’s trademark, it has an openness not previously heard in his music. Perhaps he’s become more comfortable in his tastes, because there is less attempt on this album to dilute them with something cooler. That's not to say it's entirely rooted in one tradition. Johnny's second and third instruments, violin and trumpet, contribute, respectively, a cross between Penguin Cafe Orchestra and Latin folk, while a new drummer channels Nineties break-beat on songs like 'Churlish May' and 'Kentucky Pill'. Meanwhile, a musical debt to the Band and Neil Young gives the entire piece a sense of maturity and class, in particular the ham-fisted guitar solo that brings the title track to its climax.

The album flits from the questioning, low-key ballad to a mood you might call 'stomping', but at the centre of it lies a lyrical constancy not dictated by form. Flynn works within the story-telling folk tradition, but uses the format to write about himself, and it is here that, finally, the listener gains some insight into the who he is. Playful, reflective, searching, he comes across as a man on a journey, asking big questions, and weaving religious references and questions of self into his tales of pretty maids and jigs. It's fitting that Flynn should share a range with the great Will Oldham, as both have a knack of turning an internal monologue into something comforting for the listener, which is not to say that you don't feel sorry for the women in their lives.

This review would not be complete until it mentioned the stand-out track 'The Water'. A duet with Laura Marling, it's the kind of song you wish She & Him would write. Parked quietly in the centre of the record, it forms the apex for an album that is, if perhaps not musically radical, radical in its honesty. In making Been Listening simpler, and more imperfect than his first record, Johnny Flynn has held out a hand in a way he never did before. It sounds like the truth, and, this time, we know to believe him.