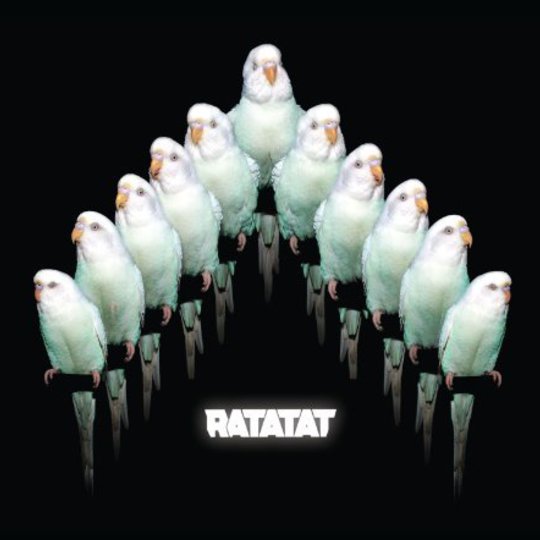 A fun part of music consumption in the digital age is the blossoming art of genre-nomenclature. A quick sniff around the blogosphere reveals a world where bands kicking up similar noise on opposite sides of the planet can be instantly stamped with a newly-minted classification. Perhaps it’s humbling then, to rewind 40 years and give reverence to the likes of Juan Garcia Esquivel, whose zany instrumental pop would later be exquisitely referred to as ‘space-age bachelor-pad music.’

Ratatat understand what Esquivel was getting at perfectly, and have spent the last nine years channelling that same spirit of relentlessly ear-catching instrumental future-pop. It’s the sort of music that exists for its own sake, sitting aside the usual hype-machine bubble, unburdened by geographic, cultural or temporal constraints. Listen to Daft Punk’s Discovery and you’re listening to an influential early-noughties French filter-house record. Listen to Ratatat's self-titled debut or LP3 and such connotations dissipate. Your imagination provides the film, Ratatat provide the glorious soundtrack.

Fittingly then, ‘Party With Children’, the first single from new album LP4, features a single shot of a budgie sitting in front of a green screen. Anyone can then go ahead and vemix the thing, ending in completely unique and personalised results. M.I.A can hate on gingers all she wants; this is still going to be the most original video of the year.

Making a mockery of normality is something Ratatat do well, and from the moment that ball-bustingly effusive opener ‘Bilar’ cascades into the skittering hip-hop beats of ‘Drugs’ its clear they’re on brazen form with LP4. They’ve rediscovered the wildcat growl that left its tracks all over Classics and are making music that is at once swashbuckling and elegant, confident and refined. Take ‘Mandy’ for example, so thrillingly alive with ideas and wriggling oriental permutations that your speakers might struggle to keep up.

Elsewhere Ratatat have expanded upon their guitar + keyboard + laptop inventory to create an expansive, unpredictable collage of sounds. In ‘Sunblocks’ locust-swarm percussion jostles with Eastern strings before a laser-beamed synth line swoops down and carries the whole thing into a different dimension altogether. ‘Bob Gandhi’ sees vacuum-packed guitar hooks skim through the mix as if shot from a Dyson Airblade. It’s one of Ratatat’s most enduring qualities, the Heston Blumenthal-esque way in which traditional ingredients are served up in radical new ways.

For the first time, LP4 sees the introduction of spoken word passages that link some of the songs together. It’s an effective device that adds extra piquancy to the album as a whole. "They were just getting ready to swing and knock me over the head with a baseball bat" states one of such segments, before lurching into the aural equivalent of said act with the undulating end-of-level boss swagger of ‘Neckbrace.’ The whole album doesn’t buzz with high-voltage however; shorter songs like ‘Mahalo’ and ‘We Can’t Be Stopped’ recall the more languid tracks from LP3. As ever, the production retains a gratifying organicity despite the highly-polished sheen.

It’s often said that Ratatat would be an even more attractive prospect if they included a singer. But on the evidence of LP4 I’d argue that this is missing the point of the band. Having a singer necessitates the framing of the songs within a specific milieu. Ratatat thrive on the escapism from that milieu, they’re freed by the lack of vocalist rather than hemmed in by it. Vocals beget structure and order, verses and choruses. Playful, modular songs like ‘Bob Gandhi’ operate firmly outside those parameters. It means you can put on LP4 around any mixed group of people at a barbeque or house party this summer and people can simply enjoy the sensory pleasure of interesting, lively music without analysing the cultural baggage than comes with it. The King of Space-age Pop would surely be proud.