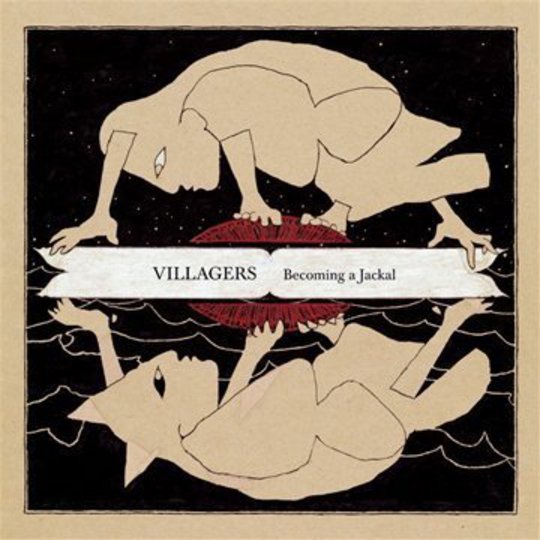 The topic of the modern singer-songwriter has resulted in some quite heated debates with many a music connoisseur friend of mine. The argument kind of settles on the belief that the forefathers of the art are a breed long gone. Such natural talent has been shovelled out in favour of a watered down equivalent. A James Morrison here, a James Blunt there. All of a sudden the revolutionary stamp seemed to have been replaced by something a whole lot less intimidating, while the songs have dwindled into simplified emotional treatises.

Conor J O’Brien, or his now better-known alias Villagers, will fall straight into the firing line in this seemingly never-ending debate over musically idealistic supremacy. The irony that Becoming A Jackal is an album best listened to on your own doesn’t go unnoticed; after all, it’d be difficult to share his emotions so openly with others and retain a level of personal affection to it. Such is the art form, after all. His songs are so suffused with love lost and glory-through-pain that empathy is its true power, often more so than songcraft per se.

With that in mind, it is kind of a curve ball hearing a Bellamy-baiting piano line beckon the rise of this new talent. Album opener ‘I Saw The Dead’ builds from there to howls and strings, volleying their impressive weight over a beautifully anticlimactic crescendo. It's somewhat diversionary given the enviable ease of the rest of the album, with no case more succinct than the title track. It’s a beautiful ode to the fear of growth, regardless of specific allegorical leanings. Such simple poetry as “I was a dreamer staring out of windows, out onto the main streets ‘cos that’s where the dream goes” needs no explanation and holds a power untarnished by opinion, thriving on its own powerful, imaginative imagery. It’s obvious that Villagers' true musical strength is O’Brien’s vocal: on tracks like ‘Home’ and closer ‘To Be Counted Among Them’ his voice manages to gain a new vibrancy, with his metaphorical musings playing wistful tricks to your imagination.

The fragility does at some points go from being endearing to saccharine. ‘That Day’ struggles to reach the peak of its only-just-passed predecessors with its focus on Springsteen-like attempts at choral power, while the Sixties pop influences behind ‘The Pact’ seem to clash with the folksy simplicity of the rest of the album. But by the time O’Brien returns to his acoustic heart with ‘Set The Tigers Free’, the warmth returns and lyrics so softly spoken as “true love feeds on absences like pleasure feeds on pain” thaw any chilly feelings you may be experiencing towards him. So, while that argument over the art of the singer-songwriter may be embedded in a lack of originality, Villagers have managed to craft an endearing record, glowing with a heart-warming level of nostalgia.

After all, to say that everything here is completely unique would be a lie. In fact the record bears more than a slight similiarity to the sound of Conor Oberst/Bright Eyes. Whether O’Brien is at his most vehemently passionate or frankly fragile, it really is quite stark. But where Oberst took his alcohol-stained poetic and political license straight to the hearts of his sullen listeners, O’Brien’s tones strike a more romantic vulnerability. Take penultimate track, ‘Pieces’. It’s built on a simple acoustic strum and country hue, with the vocal tenderly waving the repetition of how "for a long, long time, I’ve been in pieces". It never struggles to reach overbearing power, sweeping from string led beauty to unflinching cries and howls, and could so easily sit on I’m Wide Awake, It’s Morning. In fact, considering Oberst's self-imposed obligation to retire his most notorious pseudonym, it’s high time someone tried to swell into those admittedly quite large shoes. Though only an album into this fledgling new musical life, O’Brien has made a very strong case to do just this. A big statement, yes, but this is a big debut album.

What is encapsulated brilliantly on ‘Becoming A Jackal’ is the paradox of the modern Oberst. He offers a sort of calm resolution to the idea that longing can become the most essential part of any healing process, without the need for angst or overt anger. O’Brien’s howls and cries throughout are an exorcism of growing pains, and to that end universally resonant and resolutely empathetic. Of course, he’s not be the first to tread that worn and torn ground, but it’s truly refreshing to find such an artist who can straddle such divisive terrain with nonchalant aplomb.