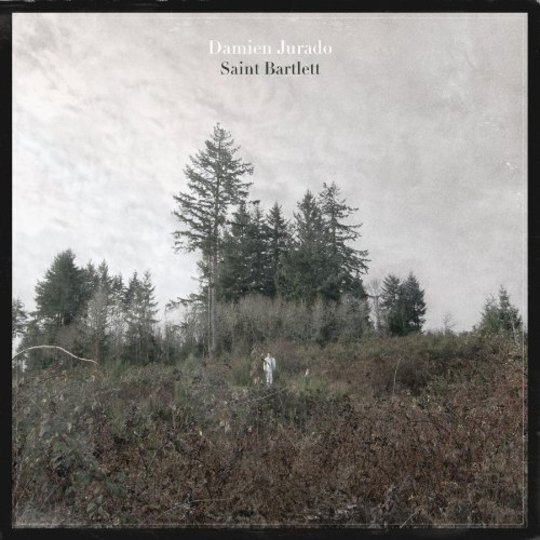 For a while there, as he delivered albums made up of either sparse, whispered confessionals or spikier electric numbers, it was quite easy to paint Damien Jurado as a mix between Will Oldham and Neil Young; the kind of artist who gathers great reviews at every turn without ever catching the attention of a wider audience. It was almost as if Jurado’s songs were too personal and too plaintive for fans to share with friends, passing on one of his records akin to letting someone read your teenage diaries.

However, over his last couple of LPs, Jurado has muddied this mix with another element. On 2008’s Caught In The Trees it was an orchestral sweep, which added a wonderfully expansive touch to the Seattle singer’s moments of intimacy. Now, on his tenth ‘proper’ album (not counting EPs, collaborations, cassettes, etc) Jurado has made perhaps his most experimental record.

Now, we’re not talking dubstep or gabba techno, obviously. It’s more of a ‘what does this button do?’ kind of experimentation, or even ‘what would Brian Wilson do?’ The best example of what we mean by this is Saint Bartlett’s opening track, ‘Cloudy Skies’. Built from handclaps, a woozy mellotron and oddly-treated call-and-response vocals, it’s a beautifully strange song, made up of hazy phrases about floating, flying and weightlessness.

It also bears the strong presence of the album’s other key contributor – fellow singer-songwriter Richard Swift. He’s the only other person who appears on Saint Bartlett, and his dreamier psych-pop drenches the record’s first half. The second track, ‘Arkansas’, continues the sense that Jurado is exploring a hitherto unfurrowed element of his sound. Spector-ish drums, cooing backing vocals and a reverb-heavy piano roll behind Jurado’s vocals, lending the whole occasion the feel of a late-Sixties studio.

It’s an atmosphere that doesn’t last for long though. On the following track, ‘Rachel & Cali’, Jurado reverts to his textbook style – a solo acoustic, a tale of romantic intrigue that you know isn’t going to end well, and a singer who sounds like he might break into tears at any minute. Joined by a chiming xylophone for the second half of the track, it’s a beautiful moment.

Followed by another bout of dreamy strings and studio sounds in the shape of ‘Throwing Your Voice’, Saint Bartlett starts to look like a breakthrough, a record that consolidates an artist’s best points whilst also stretching them in interesting directions. Jurado’s strengths – his ability to tug at the heartstrings without seeming mawkish or sentimental – are intact, but bolstered by what you might assume is Richard Swift’s input.

Unfortunately, it doesn’t last. The rest of Saint Bartlett isn’t bad, it just reverts to type to such an extent that it pales in comparison to the earlier moments. Mostly made up of those beautifully sparse moments that Jurado delivers so well, the likes of ‘Kansas City’ bring an almost hymnal atmosphere to the remainder of the record, occasionally broken by a stirring guitar break or some marshalling drums. After the expansive grace of its opening quartet, it’s a little disquieting to shrink back indoors so quickly. Saint Bartlett is by no means a failure – it just ends up being very different to what it initially promises to be.

Konono No.1 at King's Cross Scala, Islington, Sun 09 May