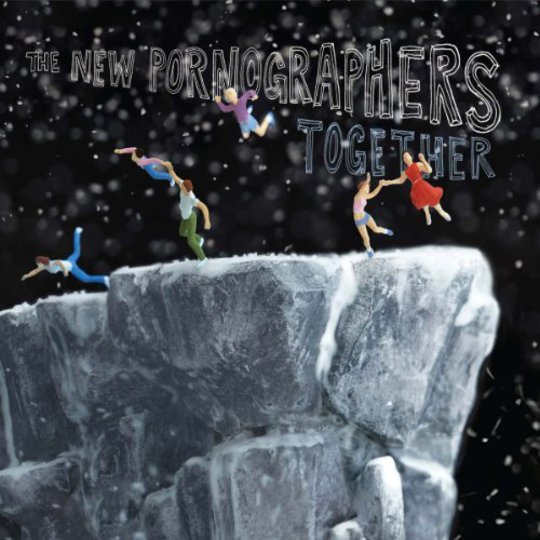 As near as I can remember, the only time I was right about anything was on the 18th of June 2007. The place was London's Islington Academy, it was quite a nice day, and I was interviewing New Pornographers frontman Carl Newman. At some point I rather rudely blurted out a suggestion that people probably weren't going to like the band's fourth album - the at that point to be released Challengers - as much as its predecessors. He politely expressed his total lack of botherment (no surprise – dude is affable), but, er, yeah, I was kind of right. Though in fact a pretty good record, Challengers failed to scale the heights of its predecessor, the peerless power pop landmark of Twin Cinema. It was good, but it felt diminished, the newfound sense of stateliness and maturity that had added a certain majesty to Twin Cinema now weighing the music down. The songs plodded rather than soared, pleasant (sometimes exquisitely so) but without the near nuclear joie de vivre of their earlier material. Certainly it spoke volumes that the best pop moments came from Dan Bejar, a man whose presence in the band had, in times past, often seemed like a sinister wind up.

Fifth album Together doesn’t so much stop the rot as skip away from it at a weird angle. Whether by design or not, Newman is not the choon factory he once was: there is simply nothing here so stridently direct and thrilling as ‘Letter from an Occupant’, ‘From Blown Speakers’ or ‘Use it’. However, where Challengers left the impression that Newman’s formidable melodic gifts were gradually eroding, Together suggest an artist genuinely trying to do something different.

As evidenced by the metallic sheen of lead track ‘Your Hands (Together)’, this record is probably the hardest of the Porno’s career. That may not be saying very much, and ‘Your Hands’ is the only track with that glam rock crunch, but throughout there’s a candy-hard musical shell, be it the buzzing, distorted strings that lend weight to opener ‘The Moves’, or the thudding, almost mechanistic drums that give ‘Crash Years’ and ‘A Bit Out of My Bed’ their implacable sense of forward momentum.

So that’s a nice change, but to get under the skin of Together, the clue is in the title. There are a LOT of singers in the Pornos these days and while there’s always been a reasonable amount of vocal interplay (particularly between Newman and Neko Case) here the band really have come together. It’s something you first encounter in opener ‘The Moves’, Newman lilting unaccompanied about how “I believe you’ve had something that’s mine all this time” for a few seconds before Case and Kathryn Calder chip on with a very pretty – but almost completely indecipherable – refrain of something like “so to sing along proud”, which yields to a melismatic chorus simply consisting of their stretching the words “slow down darling” out over a good ten seconds. And what of dear Dan Bejar? Well on ‘Silver Jenny Dollar’ the wordy prince of darkness reaches arrives at the chorus in a probable personal best time of 40 seconds, all the better to unleash the sunny, Case, Calder and string section-assisted chorus of “Silver Jenny Dollar, la la la” over and over, essentially for the entire rest of the song.

It’s all very, very lovely, and I don’t think I’d be stretching my neck too far to say Together is the band’s prettiest record: throughout the vocals are rich, swirling, complex and lovely, Bejar’s contributions are as sunny as Newman’s. Even when things are a bit less baroque and layered, gorgeousness still abounds – see the preposterously named but utterly enchanting ‘Valykrie in the Roller Disco’, a stripped, piano led duet between Newman and Calder that’s as winning as anything they've ever made. And if Neko doesn’t vent her lungs as heartily as the early days, ‘The Crash Years’ is still her most satisfyingly meaty vocal since ‘All For Spinning You Around’ (and contains a great lift from the Smiths: “The windows were closed in the crash years, honey pie you’re not safe here”).

However. The simple fact is that all this elaborate beauty is rather inimical to killer tunes – the Porno’s best moments were always direct belters, generally led by either Neko or Newman, and those are in short supply here, jettisoned in favour of more intricate work. The increased sharing of the vocal work strips the album of some definition, too, with Newman virtually disappearing for the album’s mid-section. And there are a few bad habits left over from Challengers: some tracks plod – there is no earthly reason for ‘We End Up Together’ to threaten the six minute mark.