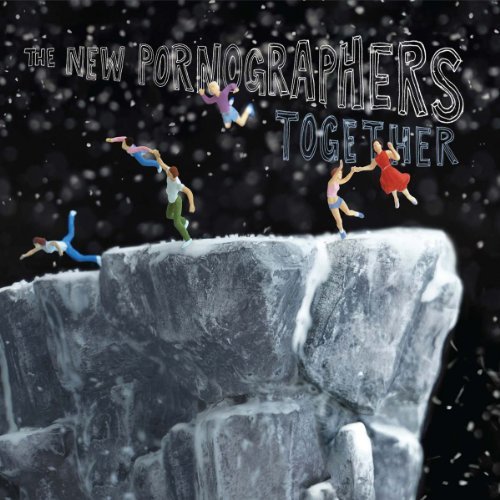 The New Pornographers - Together

I don’t think I’d be stretching my neck too far to say Together is the band’s prettiest record.»

'together' is the 5th album by canadian-us collective the new pornographers, featuring neko case and destroyer's dan bejar, in addition to bandleader and chief songwriter ac newman, who all music guide says 'in a perfect world, would be our elton, our mccartney'. playing to all the new pornographers strengths, 'together' combines the freewheeling, glammy spirit of their debut 'mass romantic' with the very personal, emotional songwriting of their most recent material. as a result, it's an album that aims to please, as exciting for the new pornographers obsessive as for casual new listeners. stunning ballads like 'my shepherd' and 'valkyrie in the roller disco' are among the most beautiful melodies newman has ever written, and singles 'crash years' and 'your hands (together)' rank among faves like 'the slow descent into alcoholism' and 'the laws have changed'. vocalist keyboardist kathryn calder's voice has never integrated so well with case's, and bejar's three contributions are probably his catchiest and least disjointed. newman says he' always had a dream of finding the middle ground between led zeppelin and the 5th dimension, which isn't a bad way to describe 'together's mix of deceptively complex songwriting with pop hooks and arena-rock power. this is one of the great bands of the last decade at the top of their game. on matador.
description from www.roughtrade.com
descr