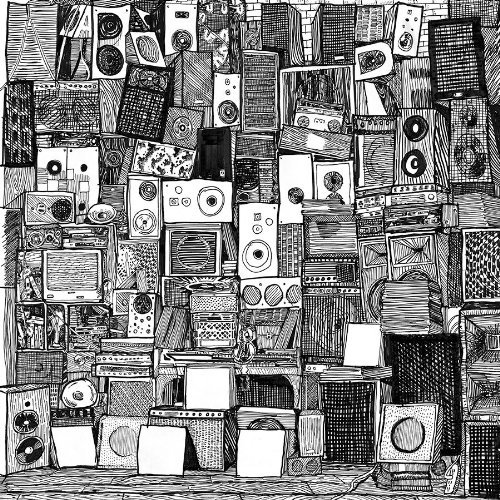 This is how the covers album should be done, with tight technique and loving affection.»

'if i had a hi-fi' is a covers album from nada surf. full of inspired, unexpected choices: from avant-pop kate bush to underground power-pop classicist dwight twilley. there are some intriguingly obscure numbers, like spanish band mercromina's 'evolution' and under-documented bill fox's 'electrocution'. it also features tracks by the go-betweens, depeche mode, arthur russell, spoon and others. says lead singer and guitarist matthew caws... "it was a great excuse to have friends of ours sit in on something without having to wait another two years." guest players include martin wenk (calexico), phil peterson (kay kay and the weathered underground), joe mcginty (losers lounge, psychedelic furs) and holly miranda.
description from www.roughtrade.com