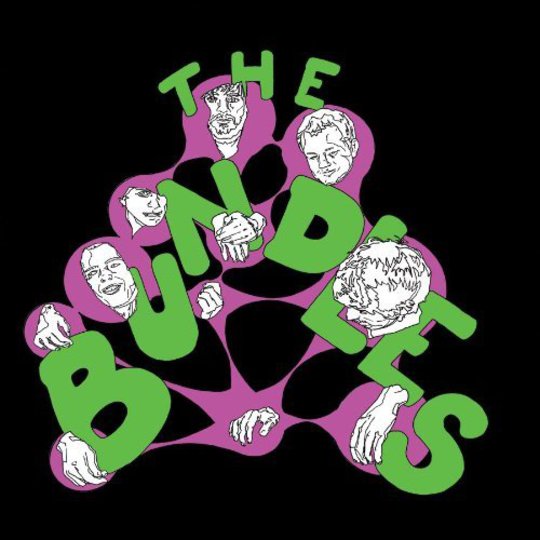 Way back in 2001, the year both The Moldy Peaches and Jeffrey Lewis signed to Rough Trade in the UK, the Peaches’ Kimya Dawson teamed up with anti-folk fellow traveller Lewis for a self-released five-track EP. Lewis’ website states that there were 'maybe 50 copies made/sold', and boasts of a second edition, also burned to CDR, along with three tracks Lewis recorded with Diane Cluck, of which 'at least 300 have been made and sold; a few dozen have also been made and sold by the Rough Trade Record Shops of London.' When the pair got back together in a Washington studio last year, augmented by multi-instrumentalist Karl Blau and Jeffrey Lewis Band regulars Anders Griffin on drums and Lewis’ bassist brother Jack, it would be fair to say sales expectations for the band now christened The Bundles topped 350 copies.

The intervening years have turned Dawson into an unlikely superstar thanks to her contributions to the Juno soundtrack, while Lewis’ reputation has spread far beyond his hometown of New York as his production palette has expanded beyond the bedroom. Beyond technical nous however, little change is apparent in the pair’s music: each has continued to plough the same sweet furrow, writing small strange songs filled with broad humour and touching whimsy cut through with occasional heartfelt lyricism. Which is to say that if you love Dawson or Lewis, you’re likely to love The Bundles, although you’re unlikely to be surprised by the contents of their debut album.

In fact, all five of the tracks taped at the start of the last decade are revisited here, along with five new ones. Fully formed first time round, it’s those five old songs, sequenced towards the first half of the record, that leave the most lasting impression and justify their authors’ desire to give them a wider airing. ‘A Common Chorus’ opens the album, Dawson and Lewis’s opposing vocal lines competing for the same space over a faux naïf tune, sparely embellished with delicate touches of keyboard and brushed drums. The refrain, unchanged from its first outing, that begins and ends this jolly ditty - "something for everyone, don’t forget about your friends" - sounds, after all these years, like a promise made good. Next up ‘Pirates Declare War’ continues the vocal interplay, this version seemingly more controlled than the original until a sputtering guitar solo acts as a fine reminder of these artists’ propensity towards the occasional psychedelic wig out.

Mostly though, the band play with restraint, foregrounding the simple songs and semi-sung vocals. Occasional sci-fi epics and scatological assaults may have won Lewis and Dawson many a fan, but their stock in trade, the works for which they are most cherished, are intimate glimpses into their lives and psyches. As a collective effort, The Bundles offer a different kind of intimacy; the closeness of a tight-knit group of friends rather than emotive fervour of the individual confessional. Of the new songs, ‘Over The Moon’ does most to elucidate this approach. The vocal line is passed from member to member over a simply strummed chord sequence before everyone joins in a chorus of “I just want to sing with my friends”. It’s a statement of intent that bears no rebuttal.