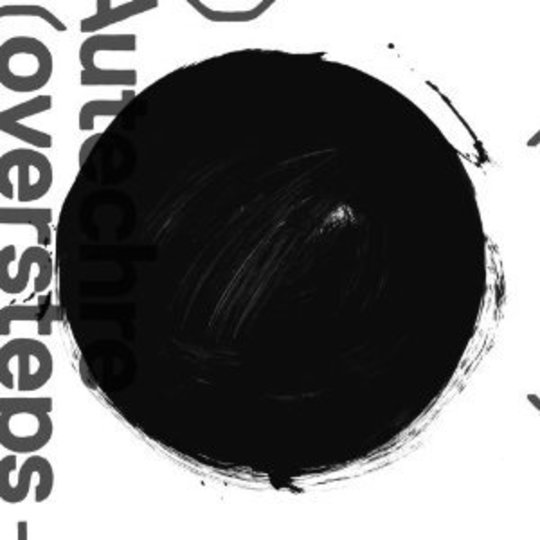 To impose a narrative is an attempt to control chaos. That’s why William Burroughs – a man whose entire literary oeuvre assaulted the concept of control personified by the ‘Thought Police’ – deliberately eschewed standard notions of structure in novels like Naked Lunch and The Place Of Dead Roads. He replaced plot and character with kaleidoscopes of apparently random imagery which mirrored the chaos he regarded as mankind’s most natural state. It’s an idea that – in some ways – seems to have informed Autechre over the past two decades, with Sean Booth and Rob Brown producing music that seems designed to confound anyone trying to categorise or even simply explain it as anything other than just pure sound.

That absence of linearity isn’t just apparent in the tracks themselves and the way they continuously splinter off in a dozen different directions, but also in the fact that it’s impossible to talk about ‘career progression’ with Autechre in the accepted sense. Where most bands or producers refine elements or move more towards one direction with every new release – meaning you can draw a vague line throughout their back catalogue even if its only one of ‘best fit’ – when listening back to Autechre’s previous releases it’s difficult to know where they stand on a chronological timescale. Their output has always been defined by apparent volte faces and lateral leaps from album to album: if you were to attempt to draw a line between the proto-IDM of 1993’s Incunabula to the molecular breakdown of 2008’s Quaristice via the skeletal textures of 1997’s Chiastic Slide, it would look less like a graceful arc than the scribbling of a seismograph gone haywire.

Like Burroughs however, Autechre’s music is also easy to dismiss as either wilfully difficult or the product of drug-frazzled minds. Yet while even his most ardent fans would admit that Burroughs’ style ossified somewhat as he recycled the same motifs of drug addiction and homosexuality, Autechre continue to challenge preconceptions with every new release, as is apparent on Oversteps. If you wanted to give someone a book which best encapsulated Burroughs you’d head for his earlier works like Naked Lunch rather than the meanderings of his later writings, but if you wanted to name an Autechre album as the perfect introduction to someone who doesn’t otherwise ‘get’ them then, after nine albums in 17 years, Oversteps would be the one.

Although ‘accessible’ is almost certainly the wrong word for an album that initially still seems as imposing as an abandoned warehouse surrounded by nine feet of razor wire, Autechre’s tenth album does have entry points for the casual listener. The most obvious example of this is the fact that the beats – which have often been brutally foregrounded before – are now not only buried further down but actually slide into the sounds around them like a glove rather than tearing through their skin. ‘Treale’, for example, has a fairly straightforward hip-hop rhythm that never deviates from its funereal march, whilst ‘D-Sho Qub’ is almost danceable (in the strange sense of vintage Detroit techno dissolving back into its own entrails). Plus, with the repetition of certain elements such as the warped chiming sounds that first crop up in ‘Known (1)’ and then reappear in ‘O=0’, Oversteps feels more like a cohesive soundtrack to something than Autechre have ever produced before. Indeed, the shimmering ‘See On See’ sounds tailor-made to accompany sky-gazing footage from Wonders Of The Solar System.

If anyone needs to draw connections between Oversteps and other albums in Autechre’s earlier canon then the most obvious parallel is with 1994’s semi ambient Amber. But the records Oversteps actually has more in common with are Future Sound Of London’s mid-‘Nineties masterpieces Lifeforms, ISDN and Dead Cities. As with those albums, the tracks here all seem to blossom out of each other to immerse the listener in a synaesthetic environment. Of those three, it’s ISDN that Oversteps most evokes in its restlessness and dark timbre, but also because – whilst the internet technology Future Sound Of London used to record and broadcast that album in 1994 was revolutionary then - it’s now so commonplace as to seem almost antique today. Likewise Oversteps suggests not a super-sleek world of instant information access and social networking, but one built from decaying old modems clogged with corrupted data and sinister secrets, an effect probably heightened by Brown and Booth’s known penchant for rewiring old analogue equipment and programming their own arcane algorithms over simply downloading the latest Pro Tools plug-in. It’s common currency to call any electronic music ‘futuristic’, but Oversteps really is nothing of the sort, since the vistas it conjures up are almost bizarrely similar to the Lancastrian landscape of Doves’ Kingdom Of Rust. The opening ‘Ress’ is almost like an auditory version of the nocturnal panorama from the moors above Brown and Booth’s Rochdale base; beats and clicks winding through like the blood-red tail-lights of the M62 in the distance, the melodies staining the track with a chemical tint the same as the skies above a power station at night.

Of course, a large part of Autechre’s power has always been their ability to provoke such individual and emotional perceptions from abstract sounds. Tracks like ‘Redfall’ and ‘KrYlon’ are as allusive and shapeshifting as ever, the space between the sounds evoking not just the moors but also the best minimal techno. Yet where producers like Akufen or Robert Hood craft their tracks using the most exiguous of sounds, Booth and Brown seem to smelt and crush liquid textures more akin to molten steel into huge sculptural shapes. However, what marks Oversteps out is that the overall form of the album now seems easier to discern as an actual single entity, without it losing any of the scale of their previous work. Diehard fans needn’t worry that Autechre have diluted themselves in that respect, for Oversteps is still a challenging listen, and one which reveals endless layers of new detail with each spin. But it’s also their most instantly rewarding – and arguably best – album to date. A fact which is almost a story in itself.