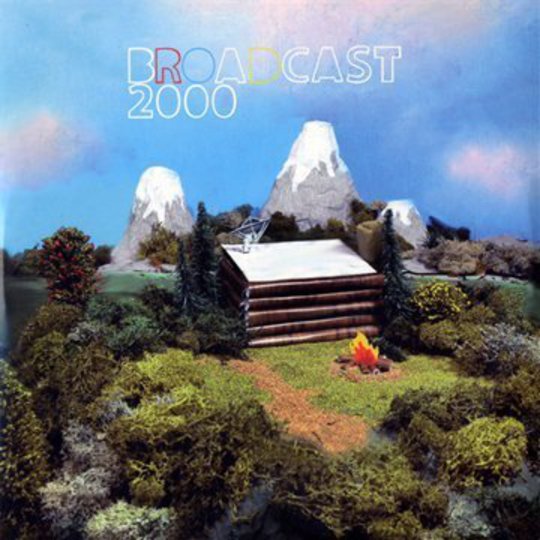 For Broadcast 2000’s self-titled debut album we might stick a flag in an entirely new genre altogether: Glock Rock. Proponents include the aforementioned, as well as Boy Least Likely To, Fancy Toys and all those others who seemingly have shares in Das Grosse Glokenspiel Kompanie - although Los Campesinos! escape classification as such by having balls. For Glock Rock is characterised by soppy sentiments such as love, hope and happiness. You know that Coke advert where the coin goes through the slot and down the rabbit hole, the bottle meandering along all manner of Carrolesque adventures in the ‘Happiness Factory’? It sounds a lot like that.

Indeed, so happy is opener ‘Rouse Your Bones’, it takes around eight listens to realise it’s about revenge and not winning back lost loved love (“mark my words, I’ll get you back”). It seems much of the album is more about the musicianship than any deeper meaning and, in fairness, the man behind the title, multi-instrumentalist, Joe Steer, is clearly a very fine musician. His stated aim was to go further than last year’s debut EP Building Blocks by creating an album that sounds like he’s crammed a whole orchestra into his bedroom. To that end, he employs a whole host of equally talented friends - including Noah and the Whale violinist - Tom Hobden, and the result is an lovely soundscape, nuanced and layered, albeit sometimes sullied by the foreground.

‘Get Up and Go’ is just one example of a song which is really very beautiful… until the singing starts. It comes as no surprise that Joe hadn’t originally penned himself in the part of lead performer. Lyrical content being secondary to the overall sound means it can come across as naïve, such as when Mr.Steer begs not to be weighed down “with things I can’t find out all about”. Not only not clever, it’s sometimes clumsy as well; the three line rhymes in That Sinking Feeling are a bit of a stretch, “I’ll wish you all the best, I’ll give my lungs a rest, and wait until that sinking feeling’s happening in my chest.” The dumb optimism is almost overwhelming in ‘Gonna Move A Mountain’, which is closer to a primary school sing-a-long than a proper pop record; it’s an epic endeavour but, just like that little old ant, he’s got – altogether now - high hopes.

And yet, and yet; it’s not without its charms. Indeed, charming probably gets right to the heart of it. One imagines Joe has many friends who like him very much, for, if his music’s anything to go by, he’s intensely likeable. And for that the record will have its fans; customers who bought Noah and the Whale also bought Broadcast 2000. It may lack the irony which is surely the cornerstone of cool, but finds some salvation in it sheer sunniness; with the coming of warmer weather, it’s just the thing to put the spring in your step. The video for Don’t Weight Me Down is almost Disneyesque in its denouement – a proper ‘eart warmer – and the overall tone of the album is snappily summed up in the line, “from the beginning of our song, I put my smiling face on.” And if you can find fault with that – heck, if you can even stop yourself la la-ing along – then maybe you’re due a trip to the Happiness Factory…