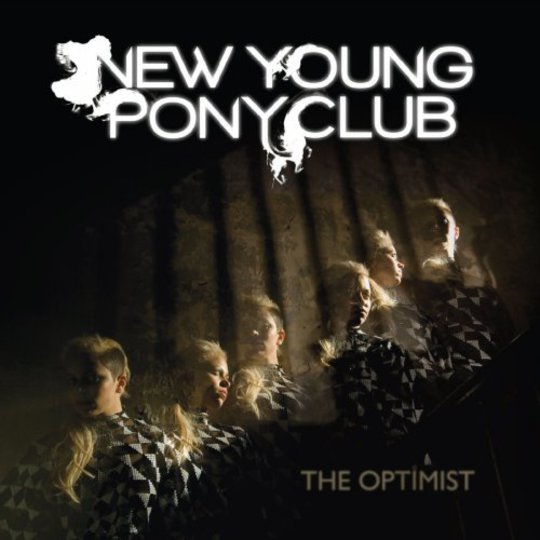 My, my, my. How the comedown from new rave has endured. For the alumni of the scene showcased on NME Indie Rave Tour in 2007, the following years have not been kind.

Leeds's The Sunshine Underground, the runt of the tour's litter, released their second album Nobody's Coming To Save You last month, just shy of four years since they dropped their debut.'/Despite the grandiose expectations there's little here to lift The Sunshine Underground out of the lower leagues,' was DiS' Dom Gourlay's summary.

There was no such delay from CSS, the terminally touring six-headed Brazilian perma-party machine. They followed up played-to-death 2006 debut Cansei de Ser Sexy just over two years later with Donkey. Sadly, Donkey was a lame ass of an album, rush recorded to capitalise on CSS's never-ending gigging and subsequently lacking all sense of the giddiness and vitality that had seen so many clutch Lovefoxxx and co to their bosom in the first place.

In comparison to Klaxons, The Sunshine Underground and CSS's output since the peak of new rave looks both prolific and progressive. The doyens of new rave began work on the follow up to their critically and commercially successful debut album Myths Of The Near Future in November 2007. Since then rumours and reports have abounded of recordings being scrapped, record label intervention and the band taking on Ross 'nu metal' Robinson as a producer late last year. Robinson tweeted that the album had been finished last week, but any concrete details of a release date have yet to surface.

And so now it falls to the final graduates of that tour to prove that new rave can become something more than the in-joke it started out as. Unlike their tourmates, London-based five piece New Young Pony Club occupied the darker, electro-favouring end of the new rave spectrum. While their debut album Fantastic Playroom, released in the summer of 2007, hardly ripped it up sales-wise, it was generally well received by both the dance and guitar-based music press and, in frontwoman Tahita Bulmer, the band held a genuine sense of both poise and presence.

As with their peers, New Young Pony Club's second album, The Optimist arrives long after the garish hoodies sold in high street chain stores had sucked the last vestiges of counterculture from new rave. However, in 'Lost A Girl', the album opener, Ms Bulmer and her cohorts show a clear desire to shed any shackles the now much derided genre may hold for them. Its teasing bassline, lush synths and unashamedly pop chorus mark it as a move away from the deadpan minimalism of Fantastic Playroom.

The throwaway footstomper 'We Want To' follows in a similar vein, with its jaunty bounce and diva-like chorus pointing to NYPC insolently embracing pop over MDMA, while the fuzzed up guitar, Elastica-like playfulness and pay-off line of "I thought I had a brain/I don't seem to have one" of 'Dolls' has 'hit' plastered to it like bodypaint if the playlisters of daytime radio could look past wall-to-wall autotuned R&B.

However, despite these forays into a wider world, and the dreamy, vulnerable and hypnotic subtlety of 'Stone', you can't help but think that NYPC have still got one foot firmly anchored in the glowstick glimmer of past glories. The liquid bass and guitar squirts of 'Chaos' rarely threaten to break through the ice cold schtick applied so heavily to Fantastic Plastic, the mid-paced dirge of 'Oh Cherie' couldn't engage a bigamist, and the detached, solemn 'Before The Light' is crying out for Bulmer to unleash some of the presence she has onstage.

The Optimist needed to see NYPC make a decision – reach out and grab Neptunes-esque future pop by the balls or withdraw further into the darker, glacial recesses of their debut. But despite going both directions and ending up not far from where they begun, struggling to leave behind the detritus of a genre so one dimensional it makes Ke$ha look sophisticated, 'Stone' and the sinister, glacial 'Architect Of Love' offer hope that NYPC could yet escape the new rave grave.