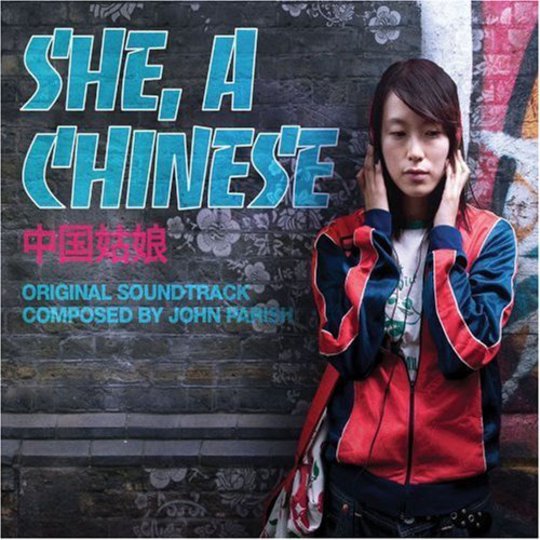 There are two types of soundtrack worth talking about. The ‘original motion picture soundtrack’ where the emphasis is on fresh composition in the John Barry, John Williams mould, and the Big Lebowski type, where pre-existing songs are selected as accompaniment to the action. (You already noticed the Coen’s nod to this by having all the songs actually played within the film on various walkmans, car stereos, ghetto blasters etc, right? Thought so…) Leaving musicals aside (right aside) for a moment, the common denominator is that they must always fit the flick, although the truly great ones can sometimes take on a life of their own and be allowed to exist as a separate entity altogether.

The She, a Chinese soundtrack is already interesting because it crosses the streams; the vast majority is bespoke but there’s also some off the rack songs added to the mix. More intrigue comes from the fact that the original music composer is long-term PJ Harvey collaborator John Parish. Of course, he’s got form, having won the Jury Special Appreciation prize at the Bonn International Film Music Biennale in 1999 for putting the music to Patrice Toye's film Rosie. This is, however, his first soundtrack to get a wide release and it’s, well, y’know, it’s to a Chinese film: can he make the musical translation?

It’s obvious from the off that he absolutely can. The freedom of the form allows him to be highly original, experimental even, and it’s clear that JP enjoys the challenge of placing art next to art – audio next to visual – and creating a new context. Further juxtaposition which allows for further experimentation comes from the musical meeting of East and West (though ostensibly a Chinese film – Chinese director, Chinese leads, Chinese language – half of the action is set in London) and the maestro manages to meld it all together just marvelously.

Where in places it has all the steady rise and fall of an oriental water garden - plinking and plonking with an understated wooden magnificence – it also almost always has the Western rock guitar backing it up; an ancient sensibility driven along by decadent instrumentation. But it never soars in a Bill Conti, ‘Gonna Fly Now’ way. It’s more aerated, lighter; a gentle breeze through the willows. As such it doesn’t intrude too much on the consciousness - this is after all background music - fitting perfectly with Zillah Bowes’ cinematography; a sparse telegraphic style which asks the audience to flesh out the details for themselves.

Less subtley comes from the off the rack rock tracks, where composer becomes compiler and gets a chance to take you by the hand and show off their knowledge (think Reservoir Dogs and K-Billy/Quentin Tarentino’s Super Sounds of the Seventies Weekend which just keeps…on... truckin'…). The best movie music moments of this kind will either introduce you to some new gem, or else dust off something old, put it next to pictures and make you fall in love with it all over again. Hang on the Box’s ‘There is a City’ is the former and comes on something like the bastard love child of Joe Strummer and LoveFoxx. I’m still trying to figure out whether it’s hilarious or genius; probably both. It’s definitely slightly ludicrous and for that it can be loved.

Die-hard John Parish fans aside, the soundtrack won’t quite attain an independent existence for most. It is, however, a proper piece of art in its own right; a thinker. Attention to detail in every note, even those that are not his own. I can’t imagine a better way to close the film than the utterly astonishing, Lonely, Lonely, an early album track by Feist, sounding, as it does, like the end of a beautiful relationship. If the greatest challenge to a soundtrack composer is making the music fit, then it has to be hats off in the final account; for there can be a no more fitting a way to say Fin than this…