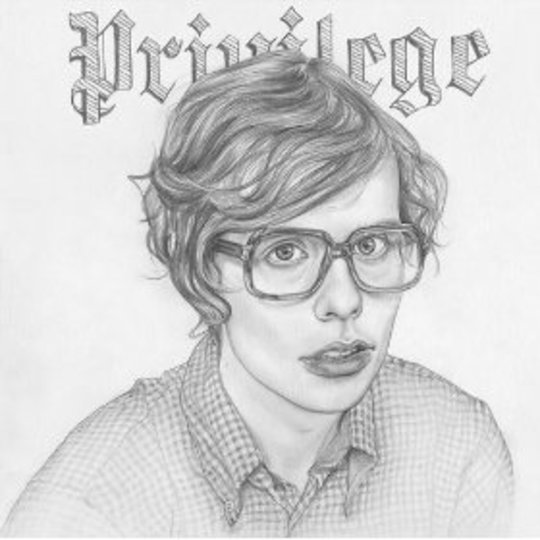 On Death & Endearments is the first in a five part series that will, eventually, make up Parenthetical Girls' fourth full-length record, Privilege. Over the next 15 months Parenthetical Girls will release the remaining EPs, culminating in May 2011, though why we’re on a drip feed is unclear at this stage (as is whether or not the resultant album will really be 20 tracks long).

Speculation aside, On Death & Endearments is a lilting pop sensation. Opening with the camp swagger of ‘Evelyn McHale’, Zac Pennington’s mournful confessions, informed by Dirty Projectors, are swathed in drunken chord progressions while VU percussion rattles along behind. Declaring both intention and direction, this is Parenthetical Girls doing pop unapologetically.

As Pennington laments "We nearly broke your mother’s heart" there is a sense of hopeless romance. The pomp of previous outings has been removed as the band attempt to work within constraints for the first time.

From the off there is an inherent sense of humanity to this record. That’s not in Geldof/Stipe wankfest sort of way, more the constant reminder that for all their Eno-esque posturing, Parenthetical Girls are an organic product. Even on ‘Found Drama I’ Pennington cuts through the faux-clinical façade, coming close to raw emotion at times.

Elsewhere, On Death & Endearments delves into Parenthetical Girls’ record collections. Rachael Jensen’s orgasmic chant plays off Pennington’s pity-ridden vocal, creating an energy that is lacking elsewhere on the record. It is the combination of desperation of desire that drives the track, enveloped with subtle synths and almost ‘epic’ percussion. Yet this serves only as a warm-up for the six-minute expanse of ‘Someone Else’s Muse’.

Here, electronica segues into a loping pop lament that showcases the band's own sprawling vision of 21st century alt. culture. With signs hints of eternal wind bag Conor Oberst and the twisted visions of Xiu Xiu, Pennington puts in possibly his most accessible performance to date.

For its inconsistencies the record flows effortlessly, as electronica meets pomp-rock via leftfield US indie. As the first instalment of a five part ‘album’, it seems that Privilege is going to be a sprawling alt. pop riot. Synths, sex and inevitably defeat are inherent and On Death & Endearments captures a band hitting their stride.