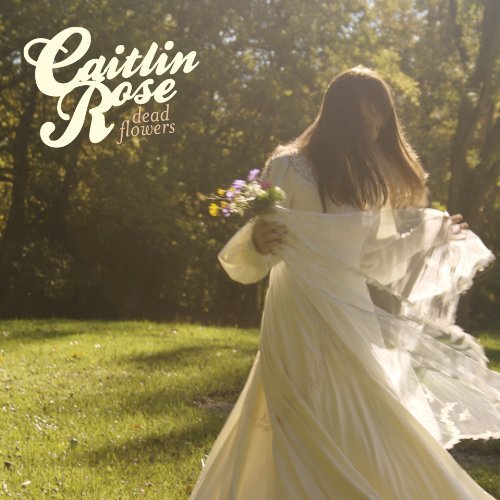 When you’re 22 and living in Nashville, Tennessee, there’s not much to do but go out – drink, smoke and watch people. But newcomer»

now available on a 7 track cd on names. caitlin rose is a twenty two year old singer / songwriter from nashville, tn, who is spending more time recreating the songs of our past than most artists twice her age are able to do. upon first listen, you might swear you've heard caitlin's music before. perhaps in a smoky honky-tonk or a dimly lit dive bar where the waitresses are all named wanda and the well drinks are only a dollar. though this would simply be an auditory illusion, your first impression wouldn't be far from the truth. accompanied by instrumentation that harkens back to the likes of gram parsons or hank williams, caitlin performs songs that range from genuinely poignant ballads to tongue-in-cheek tales of teenage pregnancy and primate love. sometimes sparse and naked, other times robust, her music is laid out as an offering before the gods of americana, folk and country music. the 'dead flowers' ep is a candid glimpse of caitlin's soul - one that truly may have been forged at the crossroads of country and western. from the bare knuckled honky-tonk 'shot gun wedding' to the tambourine acapella's 'gorilla man' and 't-shirt' caitlin shows a songwriting ability well beyond her years. this introduction also includes versions of patsy clines 'three cigarettes in an ashtray' and the beautifully lush (and ep title track) 'dead flowers' written by the rolling stones. caitlin has played across the us with the likes of phosphoresent, herman dune, bill callahan, j tillman, akron family and cortney tidwell. let rock and roll's tambourine toting little sister into your heart.
description from www.roughtrade.com