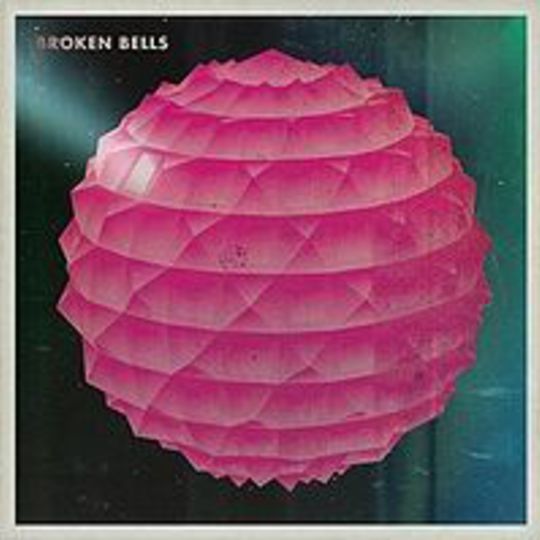 As musical collaborations go, the one embarked upon by James Mercer, mercurial singer/songwriter with esteemed Portlanders The Shins, and Brian Burton, better known as producer extraordinaire Danger Mouse, has to go down as one of the most unlikely. While perhaps not in the sublime bracket of ridiculousness inhabited by Burt Bacharach's mutual love-in with Elvis Costello and Dr Dre that reared 2005's ill-advised At This Time or Bing Crosby and David Bowie uttering Christmas carols to one another, it certainly set the proverbial cat amongst the pigeons late last year when Mercer announced Broken Bells was a fully projected work in progress and an album would be imminent.

This was, after all, the frontman of one of the most beloved indie bands of the decade coupling up with a producer last seen working with Helena Costas in the slightly forgettable Joker's Daughter. On paper, hardly a match made in heaven, more of a mis-engineered fusion of two talented individuals from exact opposite ends of the spectrum. Precisely thirty-seven-and-a-half minutes and one listen to Broken Bells later, the humble pie is doing the rounds with extra lashings of double whipped cream. Maybe it's that old adage about opposites attracting, but more than likely it's simply a case of two modern-day geniuses colluding to construct what will undoubtedly be heralded as one of 2010's most dynamic, forward-thinking records.

Not that Broken Bells is a flash in the pan; apparently Mercer and Burton toyed with the idea of making music together as far back as 2004. With the pair of them hidden away in Burton's LA studio during the early part of 2008, writing and recording sessions started almost immediately afterwards, the initial fruits of this almighty collaboration ripening within the first hour, and thereby setting the seeds for the next 12 months of toil and austerity to follow.

And before we go any further, make no mistake about it: Broken Bells is exactly what its creators have put on the tin - a two-way, half-and-half, 50 per cent each, full split down the middle collaboration whereby both contribute in equal measures musically and lyrically to each of its ten pieces. When asked about the songwriting process, Mercer admitted "Everything is written together", even down to each's strict self-assessments of their own and the other's work, to the point where last minute re-arrangements have been a common occurrence throughout the process. What this means is that seemingly personal vignettes such as "Come and get your overdose" and "It's too late to change your mind" on the opening 'The High Road' or the paranoid cry of "Watch your back..." on 'Trap Doors' take on extra significance, in that rather than being a continuous airing about one specific theme or subject, they're actually a collusion between two overworked minds, leaving each song open to interpretation while raising the bar of ambiguity at the same time.

What makes Broken Bells such a compelling body of work is undeniably the result of the broad range of sounds that fill its palette. Although there are instances whereby each of the two conspirators come to the forefront, at no point does this sound like a Shins record with beats or a hip hop record with guitars. Sure, there is the odd time where you can picture the 'parent' projects; the semi-acoustic lament of 'Vaporize' would have fitted succinctly onto the end of either Oh, Inverted World or Wincing The Night Away, its Beatles-esque melody reminiscent of both 'New Slang' and 'Phantom Limb'. It's perhaps fitting however, given much of the context of Broken Bells, that Mercer has already gone on record to say many of the new songs destined for The Shins next album - due out sometime in 2011 - have quite an R&B feel to them.

On another day 'Vaporize' would be the main focus of Broken Bells; today it isn't. That honour currently belongs to 'The Ghost Inside', a pop gem that's all Eighties synths, Prince-like falsettos and an insatiable hook. Tomorrow it could - and no doubt will - be something else, but then that is the beauty of any great record; the whole is infinitely greater than the sum of its parts.

The neo-psychedelia of 'Your Head Is On Fire' sounds like The Ruby Suns let loose in a digital-free zone, while the Fab Four influence comes to the fore once more on 'Sailing To Nowhere', only this time we're thinking more White Album than its grey counterpart. 'October', with its piano led intro and pensive refrain feels not too dissimilar to another hallowed twosome of not so many years ago, Thom Yorke and U.N.K.L.E.'s 'Rabbit In Your Headlights', Mercer implying "You got me all wrong" over its delicate coda. 'Citizen' meanwhile could be Take That in a parallel universe (no, seriously) if Wayne Coyne was sat behind the mixing desk. With the right kind of backing from the corridors of power it would have 'number one single' written all over it. That it won't happen is no real cause for concern, unlike 'Mongrel Heart's dancing Wurlitzers and flickering bassline, which ebbs between Lovin' Spoonful's 'Summer In The City' and the B-52's 'Rock Lobster'. You're left thinking of both yet wishing for neither. Yes, that good.

The complex ending of 'The Mall & Misery' serves as something as an anti-climax, if only by way of the fact it brings Broken Bells to a close just as its addictive qualities really take hold. Plaintive in mood and oriental in style, its laconic feel is as fitting as it is overpowering. Furthermore, with another ten songs already written and ready to go in the not-too-distant future, Broken Bells look set to be here for the long haul, and with such high standards set by their opening gambit, we can but wait patiently in anticipation for the next installment.