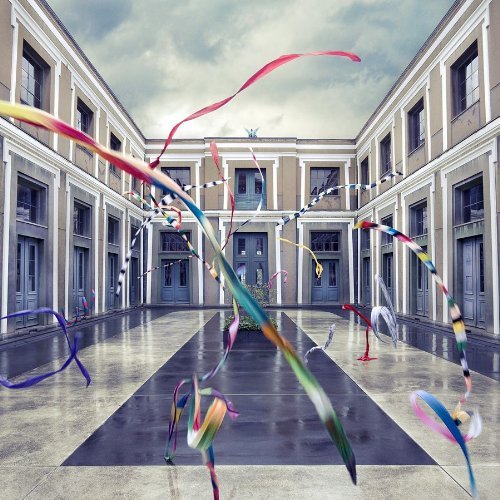 For this record is one which plays with the timbres of the orchestra: violins, cellos, trombones, flutes, anything, and does so successfully, utilising the sounds to make something that draws on music hundreds of years old, and music years old, to create something else. And for that, we can forgive it its minor, sporadic flaws. »

'magic chairs' is the third full-length studio album from efterklang and their first for 4ad. during brief breaks from touring in early 2009, the four core members of efterklang began to develop song sketches into more elaborate arrangements in tel aviv and portland with help from members of their seven-piece live band. after road testing them out on their us tour worked out each new track before returning to denmark in the spring to record. engineer-producer gareth jones (nick cave, depeche mode, wire) mixed 'magic chairs' in london. talking about 'magic chairs' the band say "we are very proud of this record and feel that it introduces a new efterklang sound. the songs draw inspiration from pop song structures, created and recorded with a live approach and we wanted to display every sound source clearly so that the listener can hear every ingredient of the music."
description from www.roughtrade.com