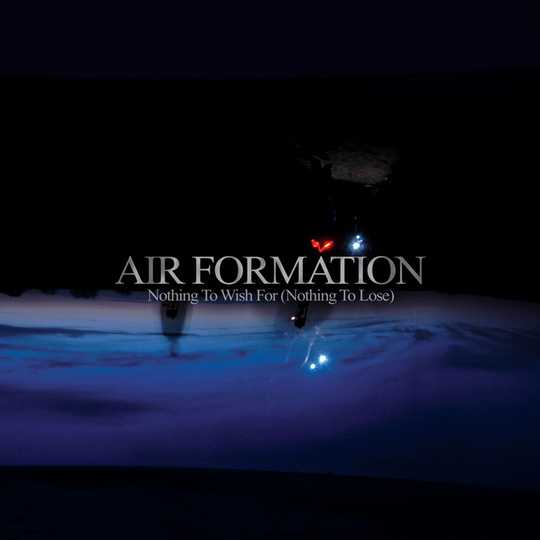 Having spent a decade steadily crafting their sepia-tinged, reverb-infused shoegaze laced signatures, Brighton's Air Formation have become experts in a predictably saturated field. 2007's Daylight Storms, one of that year's most understated records, remains their definitive statement. Not so much a lesson in grandiosity, Daylight Storms could well have served Air Formation as a fitting epitaph should they have decided to call it a day soon after. Having disappeared out of the spotlight for so long since, and with Matt Bartram's blossoming career as a solo artist, the lingering suspicion was that maybe they had.

Nevertheless, having been locked in the studio for the biggest part of last year, again with esteemed producer Pat Collier who'd previously worked on the band's 57 Octaves Below EP in 2005, it was almost inevitable that the five-piece would return with something similarly as daring and enterprising. Last November's Reverence show with Chapterhouse provided a sneak preview of what to expect, their set drawing entirely from the then unreleased material that would go on to comprise Nothing To Wish For (Nothing To Lose). However, having since listened to the album on many occasions, having lived with it for the past couple of months, it's plain to see that their choice of songs aired at that show was something of a red herring, the upbeat nature of the set largely usurped by its more introspective, drawn-out brethren on record.

That's not to say Nothing To Wish For... is disappointing as a result; on the contrary: its polished sheen and coarse lucidity further emphasise its creators' lofty position as homegrown forerunners of the current scene of self-celebration. The only detriment - if you can call it that - is that whatever they were likely to do after Daylight Storms was always going to find itself compared to such a striking record, and although the onus was on Air Formation to go one better, the odds on improving upon something as near-perfect as Nothing To Wish For...'s predecessor were always going to be long in the tooth.

Across Nothing To Wish For...'s 11 pieces there are still plenty of moments that highlight just why Air Formation are held in such regard within their own genre. The smooth orchestral landing that follows the guitar-heavy intro to opener 'Three Years Pass' and Cure-like dark pop of 'Stars & Knives' both stand out as two of the band's most delectable compositions to date. 'Meltdown' meanwhile is very similar in structure to Daylight Storms standout 'Adrift', its tribal drums offering to pick up where Ride left off on 'Dreams Burn Down' when whimsy seemed a more saleable option. Alternatively, the patient build-up of 'Until Today' and maudlin envelop of 'Outro' possibly hints at Air Formation's future intentions as more plaintive orators of shoegaze's often fantasy orientated veneer, the former eerily reminiscent of Bauhaus' 'Hollow Hills' to boot.

What is starkly recognisable, Matt Bartram's largely whispered vocal delivery apart, comes courtesy of Air Formation's unerring quest to make music as disturbingly uncommercial and disproportionate as possible without diluting their sound or integrity, and even though Nothing To Wish For (Nothing To Lose) is unlikely to challenge Glee's domination of the album charts any time soon, it's a welcome - if customary - return for one of the nation's most consistent outfits.