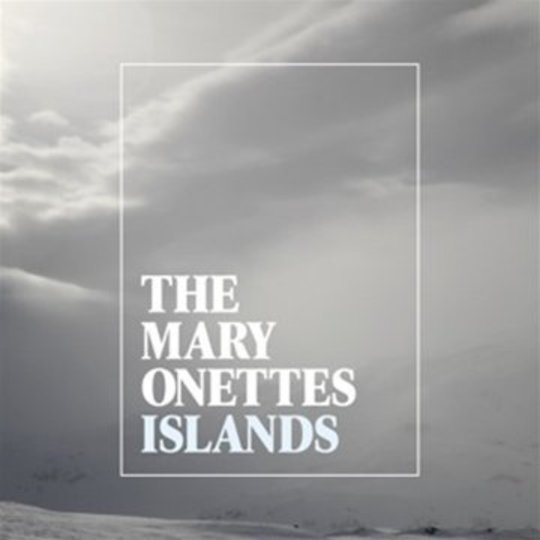 With a name like The Mary Onettes, you would be forgiven for filing this Swedish quartet's second LP somewhere between The Chiffons and The Supremes, assuming it to be a modern day equivalent to the soul-singing girl groups that shoo-wopped their way through the Sixties.

Typically though, expectations are usually wrong and true to form, this was one of them. The Mary Onettes couldn’t be any further from sequins and matching skirt-and-jacket sets. In fact, if they are guilty of any kind of style-thievery they should certainly be paying The Cure royalties for borrowing pretty much every technique they ever used.

But there's no denying that throughout Islands The Mary Onettes replicate luscious synth grandeur rather well. In fact, all of their musical tributes to A-Ha, New Order and the like are rather touching in their accuracy and on the whole, executed with well-studied panache.

After a shaky debut and a string of record label spats, Islands almost didn’t see the light of day, due to an unfortunate series of events in which all the original recordings were stolen from singer Philip Ekstrom’s car and the back-ups went to hard-drive heaven.

Taking it on the chin, the band re-recorded the lot in a handful of sessions, which lent themselves surprisingly well to the album’s over-riding sound. The tracks slide into one another like the happy- ending credits to every indie-rom-com you’ve ever watched: the swelling of full bodied synth movements orbiting around a helix of soaring string ensembles.

Lead track and upcoming single ‘Puzzles’ is the album’s most radio-friendly number, sweeping up all the emotions of the band’s last 12 months and neatly encapsulating them into Islands’ catchiest chorus. Granted, “I’m going out to stay up all night” isn’t exactly fodder for a raucous sing-a-long session but it will get you reminiscing through your own bittersweet memoirs.

‘Once I was Pretty’ could quite easily have been the track Joy Division never recorded, a distant cousin to ‘Love Will Tear Us Apart’. ‘Cry For Love’, the only real departure from the intense reverb that stereotypically throws up images of ethereal Scandinavian landscapes, provides a welcome break from oppressiveness, that is until the lyrics morbidly remind you that that “It’s only a matter of time before they put me in the grave.” You can’t help but imagine that Robert Smith might be flattered.

But The Mary Onettes are flirting with tackiness by the middle of the album. ‘The Disappearance of My Youth’ jars with the album’s heavy influences, rather obviously enlisting in the help of a child choir, as if the point wasn’t hammered home already.

The final tracks peter out in much the same baroque-pop manner. The album on the whole successfully ticks all the boxes on the romantic post-punk check-list, filling itself with intensely private and personal reflections on what has been a notoriously difficult year for the band. But this sentimentality doesn’t necessarily translate to accessibility and whilst Islands displays nuggets of well executed nostalgia, one can’t help but wonder if they have any style that isn’t old, borrowed or depressingly blue.