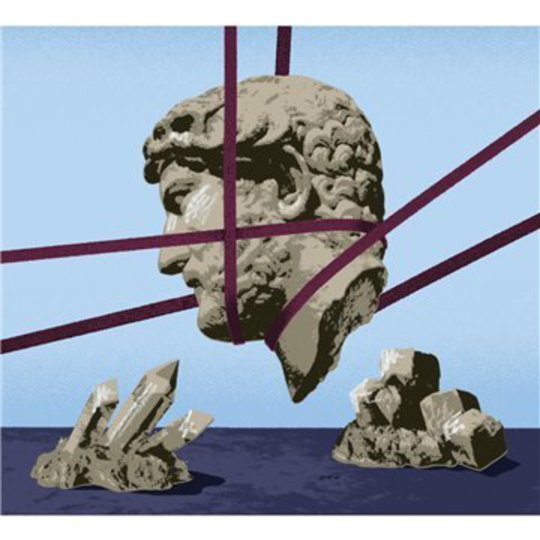 In an ideal world, the BPI would have Hot Chip tracked down and collectively shackled to a typewriter. The resulting Rough Guide to a Successful Band would be standard issue to musical daydreamers everywhere.

Stage 1 – Release a first album of metronomic laptop-soul to a murmuring of critical praise.

Stage 3 – Deftly ascend festival bills with new-and-improved major label-backing. Successfully balance the commercial/critical tightrope by releasing singles that hold equal appeal to both your milkman and to your well-established fanbase. Top with sell-out tours, a Mercury Prize nomination and a live appearance on the Jimmy Kimmel Show.

Done that? Good. So what about Stage Four? It’s the tricky situation Hot Chip find themselves in with One Life Stand, a record that sees their familiar pick'n'mix genre-shopping combined with unprecedented levels of Mills & Boon sentimentality. It’s a heady cocktail, but when mixed in the right proportions the results are stunning. Album showpiece ‘I Feel Better’ is the perfect example, an epic hit of neuphoric hands-in-the-air bliss. Ascending strings and auto-tuned vocals simmer away before the chorus lifts-off with enough fission to blow a fuse in your speakers. The song is one of Hot Chip’s most crowd-pleasing efforts to date, and the lyrics? “I only want one night, together in our arms”, of course.

Similarly, opener ‘Thieves in the Night’ begins with scattered arpeggiators and a throbbing 4/4 beat. Just as you’re expecting a Dave Pearce voiceover, Alexis’s delicate voice chimes in with characteristically playful juxtaposition. It’s a magnetic introduction that weaves through layers of synth-fireworks before emerging in the aching refrain “Happiness is what we all want.” This song, like all the best of Hot Chip’s canon, works because of the dynamic synergy between lead songwriters Joe Goddard and Alexis Taylor. It’s perhaps telling that their respective solo albums, (Goddard’s minimal techno-house Harvest Festival LP and Taylor’s folk-soul Rubbed Out) aren’t stunning records in their own right. The banner of Hot Chip coaxes out the best ideas in both of them, and it’s only when this synergy fizzles out that One Life Stand falters.

The placid trio of songs that comprise the middle of the record, ‘Brothers’, ‘Slush’ and ‘Alley Cats’ feel bereft of either the firepower or the emotional weight to maintain interest. They’re not badly written songs, but as the band contentedly set sail towards genteel Robert Wyatt-esque pop-soul balladry, fans might be left back on the shore wondering what happened to the idiosyncratic Hot Chip they fell in love with. In an album where no song clocks in under four minutes, it feels decidedly like there’s a gap where the meat of the album should be. By the time suitably hushed penultimate track ‘Keep Quiet’ arrives, Hot Chip seem like a band who have spent their time in the ring and are now happy enough to hang back in the dressing room penning love-letters. They may have boasted about the size of their alloys in ‘Playboy’ and threatened to snap off your legs in ‘The Warning’, but One Life Stand sees them faithful and enamoured throughout, “Remember, my love is with you”Alexis and Joe harmonise in ‘Slush’.

However, there’s a fine line between mentally nudging an SH-101 under the band's collective nose and getting caught up in the loving mood yourself. ‘One Life Stand’ pits rapidly detuning synths against the titular refrain to form the aural equivalent of Picasso’s Weeping Woman; a crooked and deeply emotional masterpiece. When final song ‘Take It In’ comes around you’re left wondering whether Hot Chip have misfired with this album at all, or whether they were just shooting at targets you didn’t realise were there. It wages its own cluttered minor-key battle with itself before blindsiding you with the most unashamedly soaring chorus you’ll hear this side of the X-Factor 2011 single. Heart/sleeve interface may be at record highs on this album, but only a cast-iron cynic would turn their noses up when the treats on offer are so lovingly prepared.