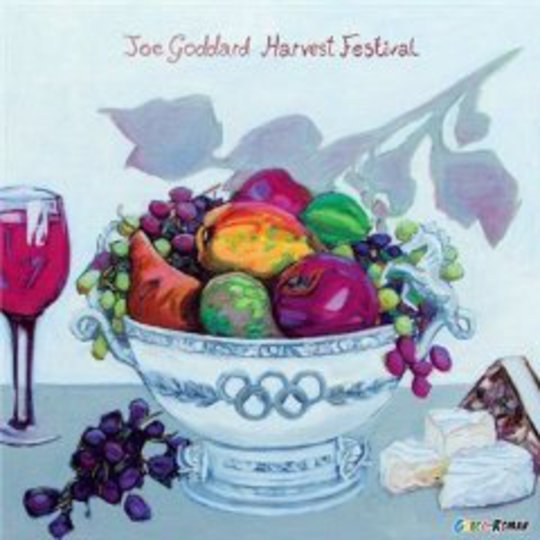 As a principle force behind Hot Chip, it’s safe to assume Joe Goddard knows his way around the dance floor. He is the founding member of Greco-Roman, a community of musicians, artists and DJs on the international clubbing circuit known for throwing parties in warehouses, restaurants, railway arches, boats and anywhere else they can soundtrack debauchery whilst keeping a step ahead of the police. According to the collective’s MySpace site, the rules for Greco-Roman partying are 'no sponsors, no guest list, no music policy, no listings, no photographers,' and presumably beyond that, anything goes. The fledgling Greco-Roman label has released tracks by Buraka Som Sistema, David E. Sugar, Grovesnor, Totally Enormous Dinosaurs and Drums of Death for its Sonic Wrestling Match singles series, which have been compiled on a box-set release. Goddard’s own Harvest Festival is the label’s debut full-length.

No less an integral component of Hot Chip’s success than frontman Alexis Taylor, Goddard’s electronic wizardry runs throughout Harvest Festival. The collection of 12 songs is largely an instrumental affair, except on ‘Go Bananas’ where robotic vocals repeat “…And bullshit and party,” and ‘Lemon & Lime (Home Time)’ where the chorus hook “Take me out” sounds like a drowsy companion piece to A-Ha’s ‘Take on Me’. Elsewhere, the songs are entirely dependent on Goddard’s considerable finesse with percussion and synthesizers.

‘Apple Bobbing’ opens the album with a catchy loop, accented with soft hi-hat flourishes, and by the halfway point the song gets an infusion of additional percussive and electronic elements with the precision of microprocessor architecture. As admirable as Goddard’s synth talents are, it’s hard to discount the notion that Harvest Festival is inferior to any number of Warp acid house and techno releases. Off the dance floor the tunes are too sterile to fully embrace.

The pulsating rhythms of ‘Tinned Apricot’ and ‘Strawberry Jam’ make for theatrical club tracks, disparate parts coming together to form a fluid motion, but without organic instrumentation they come off sounding manufactured, like the difference between Photoshop and hand-drawn works of art. Part of the problem lies with the time of night Goddard chooses to highlight. The down-tempo songs feel as though they’re attempting to bolster the late-night crowd before dawn arrives. It’s a notoriously difficult time at a club to soundtrack, when the alcohol begins to wear thin and party-goers are dancing via muscle memory.

More than anything Harvest Festival points to the boundless opportunities to expand the Hot Chip oeuvre. Beyond the cheeky fruit appetizer-themed song titles, Goddard exhibits a flair for creating playful melodies, the foundation of his main band’s eclectic mix of electro-pop, even when it sounds somewhat tossed-off, as is the case here. By no means is this album a disappointment, rather it’s an attempt to fill a particular niche for a specific audience. The rest of us will just have to wait for new Hot Chip material come February.