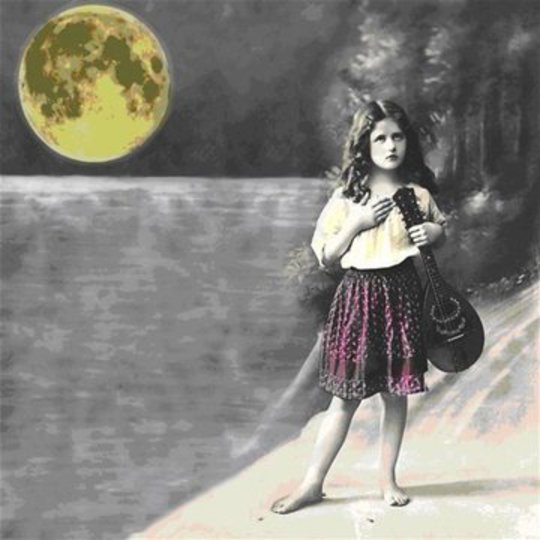 Certain aspects of certain bands are always inescapable when discussing their music. Bon Iver lived in a cabin; Portishead take ages between records; The Strokes will never match Is This It; etcetera, etcetera. The same indubitably goes for young artists, perhaps because those writing about them feel a melancholic disappointment at their own comparative attainments at that age. And so it is with First Aid Kit, aged just 16 and 19 years old and already releasing their debut album.

It feels so obvious to comment on Klara and Johanna Söderberg's ages, but it really is the most surprising element here. The music is, as the old adage goes, 'mature'. And in this case - as is usually the case - this means 'probably appeals to the target audience of Radio 2'. But for two teenagers to create music this classical in form is a great achievement, whether it is particularly ground breaking or not. The refrain of 'Hard Believer' – “Love is rough / Time is tough” – sounds like wisdom hard won the other side of a whiskey bottle. People under 20 should not know such things.

It certainly is no original spin on a genre, resolutely confined into the straitjacket of traditional folk pop, with an emphasis on vocal harmonising. There has always been an advantage to siblings attempting to sing together (cue Beach Boys and Jackson 5 references), but the Söderbergs have such glorious timbre that it seems to transcend all those old allusions. The Big Black and the Blue opens a cappella, 'In The Morning' telling the story of a wedding ring being thrown into the deep. The stories, of being tied to railway tracks, sailors, and meetings with dead, burning kings feel like fairy tales that didn't survive the oral transition and got lost somewhere a few centuries back.

First Aid Kit have a fine way with simple melodies – 'Waltz For Richard' and 'A Window Opens' are grand tracks, the waltz time guitar of the latter creating a feel of bucolic America. The instrumentation is primitive, the acoustic guitar occasionally augmented by flurries of piano. Emmy The Great is channelled on the dark country of 'Heavy Storm.' Overall, The Big Black And The Blue draws strongly on the American and English folk traditions; without the Scandinavian vocal accent it would be hard to imagine First Aid Kit as Swedish. However, the major flaw of this record is that whilst this music may appear exotic to continental Europeans, with their own very different traditional music, to us it appears like a recreation of sounds that we've had around for decades, without any new spin on them. Almost any folk act from the past 50 years could be checked off on a list of references, a worn out bibliography, borrowed third hand. The slow, dragging pace of 'Ghost Town' and others makes the album lag – tired melodies that sound like cover versions of better songs.

The most disappointing thing about this album is that it doesn't match up to the sisters' Drunken Trees EP from last year. That was rawer, and more interesting, particularly in songs like 'Little Moon' where spoken word, found sounds and a woozy piano made a simple camp fire song, which was better than anything on the album. The Big Black And The Blue smoothes everything down, getting rid of anything that tries to be experimental, or draws outside the folk outline. While there are tracks of beauty and wonder, there are duller moments too, where the history that First Aid Kit derive their music from overwhelms their songs, reminding us always of what came before. It's a niggle in the back of your head that won't go away, no matter how pretty the harmonised vocals or how gentle the plucked out melodies.