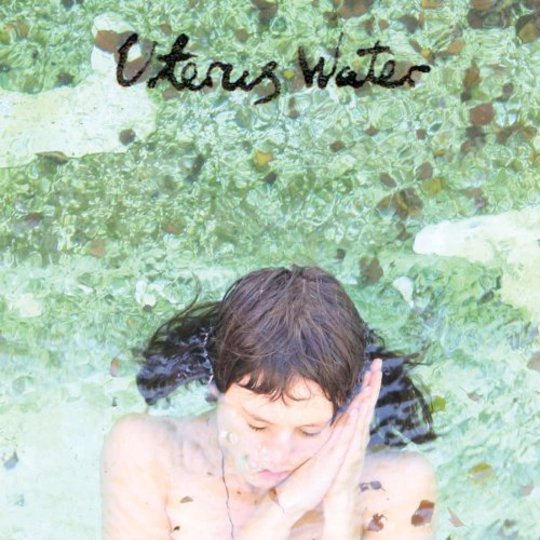 Kristin Anna Valtysdottir - aka Kria Brekkan - began her career with Icelandic monoliths mùm, though it seems she is loathe to allow their brand of picturesque alt pop get in the way of her own ambitions.

Pitched midway between her musical beginnings in mùm, and the twisted soundtrack to Chris Morris’ Blue Jam, Uterus Water is a fractured record. Hustled between broken chimes and trickling water there is a haunted fragility to this record, built on ambiguous collisions of sound more complex than the antiquated titillation of the 7-inch.

The record opens with tidal flows, and is gradually filled by disjointed sound bites. The spectral vocals of Valtysdottir envelop the track with the aggression of an autumn breeze; surprisingly harsh before dying back as suddenly as they began. Spinning toward the void the click of a tape recorder cuts through the silence as the gentle if nightmarish ‘Place of You’ kicks in.

Wonky piano weaves around a fragile vocal, otherwise obscured the twisted (a)melodies, but that’s not to say ‘Place of You’ is hearts and lullabies, there is a sense of despair here. Like a bastard cousin of Radiohead’s ‘Pulk/Pull Revolving Doors’, Valtysdottir’s vocal toys with the listeners perceptions. Almost immediately the apparent youth of the protagonist is disconcerting and, coupled with the sombre back drop there is something irrevocably twisted about it.

Whether or not Radiohead have had an influence on Kria Brekkan is immaterial, this single stinks of Blue Jam, Chris Morris’ late Nineties coup d’etat at Radio One, based around bizarre ambient sounds, and even odder sketches. The tracks on Uterus Water embody the very sense of adventurism Morris sought to employ, as he broke the arm of the station with surreal, irreverent genius.

Perhaps the reference points here are too obvious, too clichéd. Kria Brekkan touches on the broken toy box charms of Aphex Twin’s Druqs, Boards of Canada's lethargic groans and, at a push, Radiohead’s dalliance with abstract electronica. Yet woven between the more alienating sounds are pop sensibilities that may at times sound as if they have been submerged in muddy shallows for far too long, but they exist all the same.

The last kiss of ‘Ribbon Bow’ offers a strange sense of comfort, like the vision of a loved one two years after their death. Valtysdottir’s whines and murmurings create a sonic blanket enveloping the listener in gentle tape hum. There is no matter of fact way to describe such noises: passing through a sunbeam; the sound of an alien mothership; an eternal burr – it is all indulgence, contrary to the essence of Kria Brekkan.

Kria Brekkan creates emotion using walls of sound, with each fragment fully visible. Uterus Water is a hard record to love but it’s harder to ignore. As ‘Ribbon Bow’ comes to an end you’ll find yourself intrigued, confused perhaps, by what just happened – but compelled by a desire to understand. Move the needle back to the start, hit play…whatever, but by this point she’s got you.