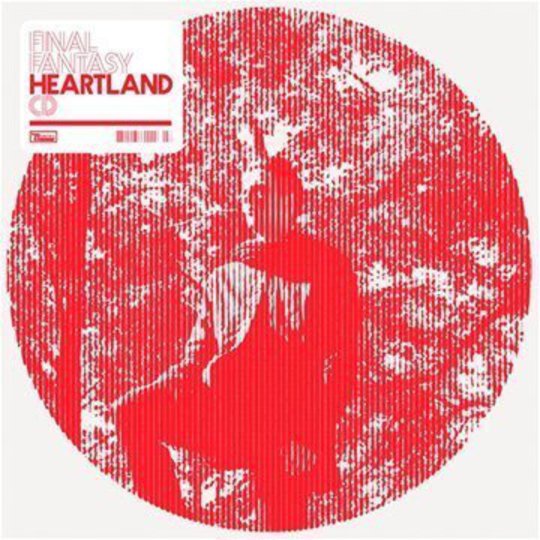 With hindsight, the demise of Final Fantasy was entirely predictable. Sure, the official cause of death was some mumbled notice about wanting to avoid confusion when Heartland became the first FF release to hit Japan, lest the locals start using copies as chocobo lures. But really, in recent years the name of the string arranger Owen Pallett has become vastly more recognisable than his recording artist alias. Extraordinarily graceful and full bodied the looped solo string arrangements on He Poos Clouds may have been, but Final Fantasy’s second album was still an intimate, oddball work, with everything besides the strings muffled, distant and shrill, strange, dissonant tales of childhood crushes on the dude out of Zelda punctuated by bangs and silence.

That was the best part of four years ago, though. Clearly a disparity would exist between Final Fantasy and Owen Pallett if, following Pallett’s work on Neon Bible and The Age of Understatement, Heartland were to remain in the same playful twee/neo-classical/lo-fi adjunct as He Poos Clouds.

No disparity here. No mystery as to why, either: this man can do extraordinary things with a solo violin, but the fact of the matter is that Heartland represents Owen Pallett, string arranger, utilising the services of the Czech National Orchestra to make whatever music he wants. Combine that with the ravishing sound – Rusty Santos’s mix job quite possibly exceeds the one he performed on Person Pitch - and you could spend all day pigging out on the details of this record: the arcing disintegration of the violins on ‘E Is For Estranged’, the brave brassy undercurrents of ‘Flare Gun’, the wonderful ‘Tryst With Mephistopheles’, vocals smacking into a dense pillows of strings, verdant pinwheels of woodwind and trumpet blooming in the dark. And who needs a guitar when you can break out the type of thickly galloping string riffs that adorn ‘Midnight Directives’ and ‘Lewis Takes His Shirt Off’?

Pallett has stated that Heartland is intended to work as an orchestral record in its own right, and he’s not wrong: neo-classical music tends to be a singularly dour field, but Heartland is so vibrantly alive with sound that it makes Animal Collective look a wee bit emo.

Elsewhere the two biggest changes are the smoothing of Pallett’s voice and the garnish of electronics that provide an extra bit of oomph here and there. He’s still no astounding singer, but the vocals are markedly improved (possibly thanks to soupcon of reverb), and feel like part of the music, not a counterpoint to it – ‘Keep The Dog Quiet’ even has something like a catchy chorus, in the dreamy repeat refrain “consequential, sequential, sequential” . The electronics make their most forceful appearance on the centrepiece ‘The Great Elsewhere’. Glitches wheeze and ripple with increased urgency as the orchestra is permitted its one moment of total Arcade Fire-grade bombast, spiralling up to the heavens in the slipstream of the massive minor key violin riff that makes itself felt some two and a half minutes in.

Naturally there are things left behind with Final Fantasy. The painful intimacy, the sense of this strange man sucking you into his soul and sharing something almost embarrassingly weird and personal is gone. There’s supposed to be a narrative about a farmer called Lewis on a world called Spectrum, but while little allusions crop up here and there, the words are resoundly cryptic and too enmeshed in the music to function as any sort of coherent libretto or narrative.

Still, I'm betting Heartland singularly fails to disgruntle the old guard. There surely isn’t a fan of the early records who hadn’t vaguely fantasised about giving Pallett an orchestra of his own to do whatever he wants with. Whatever you care to call him, the man’s come up with the goods.