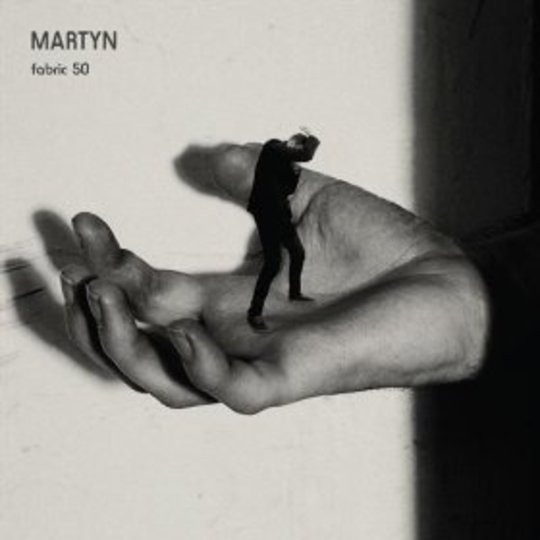 The only musician whom I ever heard say he actively wanted to have his work pigeonholed into a genre was the singer from Six By Seven, who I bet you were really expecting to read about in the first sentence of this review. His rationale was that being more closely associated with one scene or another would help his band sell more records. Aside from him, though, pretty much everyone who makes music will claim that they would rather be taken on their own terms, rather than as a cog in an invented scene full of people they may never have met or even listened to. This is obviously understandable, but (a) complaining about it won’t change anyone’s mind and (b) it’s funny how many acts fail to help themselves by switching their style up. Dutch producer Martijn Deijkers (son of Gerrie Deijkers, PSV Eindhoven’s top scorer in their 1977-78 UEFA Cup-winning season – trivia 4u), aka Martyn, cannot be accused of this.

Mainlining house and techno in the early Nineties, Martyn eventually gravitated to drum’n’bass, where his first singles circa '05-'06 reside. While a number of d’n’b producers had their ears lit up by the blossoming of dubstep around this time, our boy embraced it to the extent of pretty much abandoning d’n’b. His MySpace URL gives the game away, and while it would be misleading to suggest that Martyn is making any concerted effort to paper over his origins (in his biog he makes a point of extending props to Marcus Intalex and DJ Flight, for helping to get his recording career off the blocks), it’s fair to say he’s pretty snakelike when it comes to shedding musical skins. The breadth of styles exhibited on Fabric 50 suggests that his head will probably be somewhere else entirely in two years, as well.

As of 2010, Martyn could be equally considered endemic to the dubstep and ‘wonky’ scenes, although they cross over at pretty much any given point so it’s largely moot. However, he’s used his first ever commercially released mix to demonstrate how these styles can link – literally and conceptually - with UK funky, pulsating minimal, deep house and screechy electro tackle. What nods are given to dubstep come in the second half of the mix, with his own productions plus Dorian Concept, Jan Driver and 2562 – whose overwhelming basslines seem out of place after the lissome rinseouts showcased earlier on the CD. Deijkers takes time out to curtsy towards this island’s garage forward-pushers of a decade ago – Zed Bias alias Maddslinky, although his ‘Lost On Tenori Street’ is new – and, representing the Sound Of Now™, Roska, whose ‘Without It’ is tough and minimalist.

That said, a strong majority of the mix suggests that Martyn has been transfixed by the Chinese New Year of percussion that carries UK funky along – the order of the day tends to be steely and carnival-tropical, with the tempo rarely relenting. His willingness to colour outside the lines, as it were, in his mix results in Zomby’s ‘Light Cycle’, all videogame power-up noises and rave airhorns, muddling blood with the Latino woodblock clatter of ‘Afar’ by Uncle Bakongo (aka Roska wearing an Afrobeat hat). Detroit techno mainstay DJ Bone passes the baton to London indie bushleaguers The Detachments, or at least Martyn’s deep-ish refix of their single ‘Circles’, and a culture-clash clunker does not result.

Martyn – either as a producer or a DJ – is not really the ‘future’ of very much at all, unless you want only for the future to consist of people who make solid, cleverly assembled tunes. His overall aesthetic, if you can pin him down to one, is akin to a slightly more pristine version of various dub-informed Nineties techno bods – most ‘relevantly’ the Basic Channel posse, but also UK sorts like A Guy Called Gerald or even Megadog staples Bandulu. God knows you can imagine the scolding Brit-Rasta vocals of Spaceape (best known for his work with Kode 9, but who teams up with Martyn on ‘Is This Insanity?’, the Ben Klock mix of which appears here) featuring on some long-forgotten Drum Club album track, or whatever. This is all fine and dandy, ultimately; the reason Fabric 50 is so enjoyable is its innate understanding of how dance genres can and should interact.