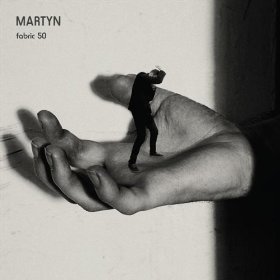 martyn has had an enormous 2009 by any standard, releasing his 'great lengths' lp to critical acclaim, and remixing the likes of fever ray, efdemin and shed along the way. the dutch dj dons a typically wide-ranging hat for his fabric mix, moving deftly between dubstep and techno, taking in tracks from joy orbison, zomby, dj bone and levon vincent. says martyn, "i did the whole mix cd live just because i thought that was more honest than doing an ableton dj mix. it is how i would play live...not everything on the cd is perfect, but it's not meant to be....fabric on saturdays is mostly about four-to-the-floor; my music may not always be so straight up but at the root of it all there's my house / techno background....for me fabric 50 is sort of a temporary moment in time rather than the definitive martyn mix, because i have been gigging so much over the past year, my sound has gradually moved a little bit more to straight up house and techno related music."
description from www.roughtrade.com