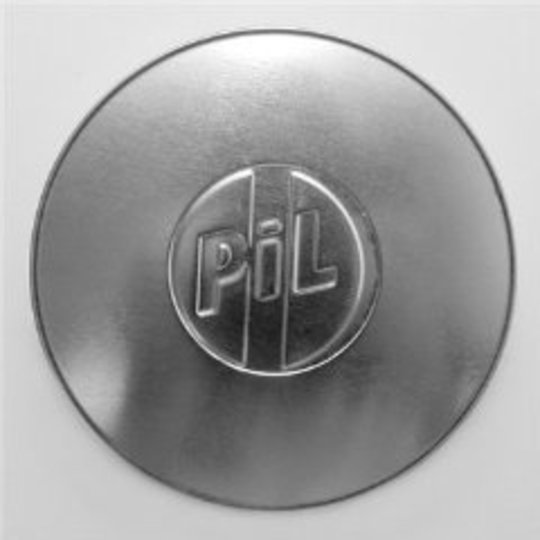 These are dark times for fans of one John Joseph Lydon. The unspeakable things he’s done in a field for butter and in a jungle with Ant and Dec pale against the three separate and very ugly allegations of violent conduct that surfaced over the course of last year. Lydon himself has always thrived in the darkness, of course, and never more so than when, along with erstwhile compadres Keith Levene and Jah Wobble and a couple of session drummers, he captured the claustrophobic feel of being trapped in a metallic studio in order that all of his fans could take that sound home enshrined in an individual metal casing.

The 30th anniversary reissue of Metal Box is a timely reminder of why we ever cared about John Lydon in the first place. A moment of sublime musical adventure, it tears away from Lydon’s sweaty punk roots and into the cold chambers of dub evoked by Can, the more outré electronics of Bowie’s Berlin years and the coruscating post-punk sound that guitarist Levene (alongside Gang Of Four’s Andy Gill) was in the process of pioneering. These building blocks were used to create something utterly original. Their second LP, Metal Box was a massive step forward for Public Image Ltd.

That is the theory anyway: in practice it’s hard to argue that Metal Box marks an enormous shift in focus for its creators. First Issue had already done the reconnaissance work on the ground Lydon, Levene and Wobble would cover, the budgetary constraints that limited the experiments it housed are well documented. However, a simple comparison between the respective records’ epic opening tracks refutes any claim Metal Box has to being an entirely original departure for the band. The nine minutes 11 seconds of ‘Theme’ kicking off First Issue meld a sluggish colossus of a bassline, cymbal heavy drums, a non-stop welter of noise from Levene and a throat-tearing vocal from Lydon, the lyric of which centres on the oft-repeated refrain, “I wish I could die”, into the hypnotic sound of horror. Conversely, the ten minutes and 35 seconds of ‘Albatross’ that crack open Metal Box rest on Wobble’s rock solid bass strut, a rhythm echoed in solidarity by the drum line – this time from Dave Humphrey - and hardly challenged by Levene’s repetitious squall. Lydon’s vocalising is more mannered, if like anyone (and Lydon has never really been like anyone, has he?) it’s Ian Curtis. Sure, ‘Albatross’ is a dark and melancholy morass, but ‘Theme’ is a syphilitic shout of self-abuse cut from the same cloth.

The completeness and consistency of the vision on offer inside the Metal Box (and by extension outside it – in the aesthetics of the box itself) are what mark it as the most significant product in PiL’s back catalogue. It’s a work that wallows in the intensity of its darkness. The comical howl of “Only the lonely” that echoes at the end of ‘Albatross’ is the single moment on the album where Lydon breaks the deadpan stare to reveal his Rotten vaudevillian underbelly. His lyrics are conscientiously obtuse: harsh, tragic, hinting at a something always out of sight. On First Issue’s ‘Religion’ he had happily set upon the church with the same direct, gleeful, punning hatred he had previously directed against the monarchy as the leader of The Sex Pistols: “This is bibles full of libel/This is sin in eternal hymn”. None of that dilettante’s delight in ridicule through rhyme remains on Metal Box. At 23 years of age, Lydon is actively announcing that Metal Box is a serious work.

It certainly is that; it’s a stunning one too. Wobble’s unstoppable basslines drive the album into the darker recesses of Lydon’s psyche. It was a gloomy place at the time: Lydon was doubly bereaved after the deaths of his mother and the best friend he’d introdued to the riches of rock and roll as the talentless bassist of his old band. The sense of doom is palpable and Levene’s use of a guitar with an aluminium neck surely adds to the metallic, cage-like feel of the piece. Nonetheless, it still has hooks: ‘Swan Lake’ (aka ‘Death Disco’ in its single version) and ‘Memories’ remain two of the most danceable tracks to come out of post-punk. The album pushes inescapably forward with every track: Wobble’s copious drug intake surely the only explanation for the finger-splitting speed of his playing. Lydon tests a series of vocal styles; only on ‘Mr Suit’ does he sound anything like Johnny Rotten. While the arrival of Levene’s closing synth work out, ‘Radio 4’, releases us from Lydon’s constant threats, there is no feeling of escape – the track sounds like the band is preparing to regenerate. It’s a shame this line up never did.

The noticeable impact of the remaster this reissue has been given is negligible: this was always a well-recorded work, consistently well-mastered; it still sounds better on vinyl. This version comes housed in a replica metallic cylinder, as previous issues have, although this time the tracks are divided over three discs. This may have seemed like a nice tribute to the original format, but it’s an empty gesture seeing as spatial brevity was the only advantage the CD ever really offered. There are no bonus tracks, in spite of the wealth of excellent contemporaneous material simultaneously reissued on the exceptional four CD Plastic Box compilation (which actually contains versions of every track on this album). This edition seems designed to be copied onto an iPod and placed forever on a nice shelf, an homage to the dying art of the compact disc. Still, if you don’t yet have a copy, you really should.