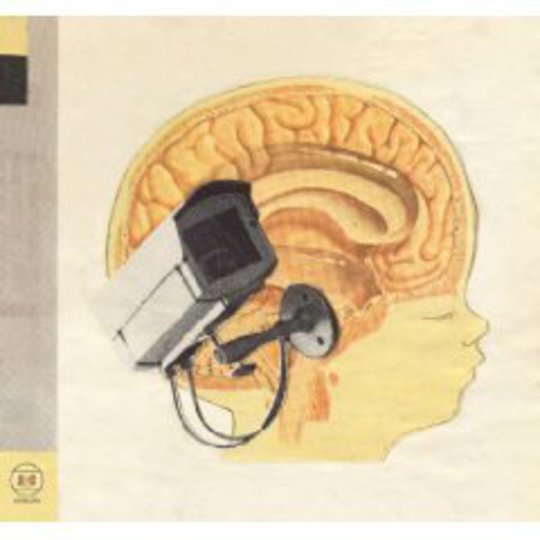 Origin: Orphan is a title with isolation, abandonment and loneliness firmly at its root. The implied ruthless self-examination that gives way to a harrowingly honest record of affirmation and growth into maturity. And while the depths of sexual feeling into which The Hidden Cameras have always delved mean that they are no strangers to adult themes, their charm has up to now been their childlike playfulness - their previous album Awoo gives this much away.

But ‘Ratify The New’, opener on this latest effort, hints at a new emotional depth through the width of its sound. The panoramic expanse of tense strings and Joel Gibb’s mournful baritone vocals expand into a thudding, wailing wall of feeling. Such a confident introduction should be the catalyst for an album that stretches to match and exceed the early standard it has set itself. Unfortunately, The Hidden Cameras shy away from this, and their preliminary triumphalism quickly turns sour and trite.

‘In The NA’ is sickly sweet in its twee simplicity, with squelchy keyboards and stop/start drums that divert the track from moving in any direction. Its whimsy fails to capture any charming irreverence. This problem is a recurring one, as nauseatingly repetitive keys trundle through ‘Do I Belong?’, punctuated by low octave backing vocals that would make The Human League squirm.

It's not all bad. On ‘Colour Of A Man’, the tender orchestration that inflates and contracts bar-by-bar has a captivating elegance. The Hidden Cameras also show that their fun side is not entirely embarrassing on ‘He Falls To Me’, where jangly acoustics and hooted vocals capture a Flaming Lips-esque mischievousness, which at times is sombre, but is never allowed to become maudlin.

Origin: Orphan similarly shows promise in its title track. Intermittent drums punctuate jagged guitars, as the melody relentlessly descends, hinting at a raw passion that, sadly, never bears fruit. This is indicative of the restraint that permeates the whole album: the pop songs are so pompous that they seem to be compensating for a profound lack of insight, while the more reflective moments rarely reach the level of intensity they necessitate.

The album’s only real moment of daring comes during ‘Walk On’. The self-important brass and the threatening lyrics give way to delicate strings that are then shoved out of the way when the brass trudges back in. As the structure repeats, it becomes more dynamic, more articulate and more menacing. This, however, is not enough to save an album which was confused from the outset. The Hidden Cameras seem caught between the creative need, five albums in, to show their maturity, and the human instinct to maintain their youth. The result is an awkward balance of personal exploration which they refuse to commit to, and a relentless chirpiness which is becoming increasingly unnatural. It just goes to show: growing up is tough.