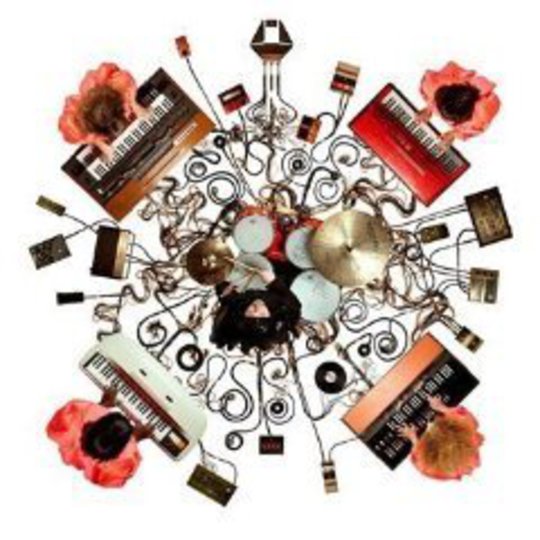 Graham Massey has been making records for longer than the sapling writing this review has been alive. Some might say this means he doesn’t have to care about the sapling’s opinion of his latest project, Sisters Of Transistors, which finds him playing drums alongside four women on vintage transistor organs. Many will know him best, perhaps exclusively, for being part of Mancunian acid house combo 808 State, who bothered the charts in 1989 with ‘Pacific State’. However, Massey made his first records in 1979 as part of Danny And The Dressmakers, a basic’n’belligerent band of DIY-demented punk kids who you can partly thank (or ‘thank’) for the cassette culture that MP3s still haven’t killed off. What a long, strange trip it’s been.

Meanwhile, the four Sisters, as far as one can tell, are real-gear-no-gimmicks sound nerds, with a grounding in either music college or the music biz – Mandy Wigg spent some of the Nineties in Justin Robertson’s eclectic dance project Lionrock, and before that, an early incarnation of Audioweb (who you’ll likely remember, if at all, for their poisoned-chalice status of being Ian Brown’s favourite band). There’s no indication as to how songs are birthed or arranged for At The Ferranti Institute, or who plays what organ; when vocals feature, they come as a chorus. The suggestion is of vivid individual personalities which, when placed in a group setting, coalesce into sonic oneness. Which kind of bears itself out.

Stationed at one of the multiple nexus between punk and prog, Sisters Of Transistors are OTT, but never needlessly florid. Many basslines here, for example, are pretty effective through simplicity – sometimes bullish in their repetitiveness. The punky underbelly of ‘Tiger Ghee’ makes me, in a way I fear ages me, think of a scad of bands who trod the boards in the late-Nineties: Add N To (X) and Appliance from the UK, Trans Am and Salaryman from the States. This is unrevolutionary but aurally pleasing. Sometimes they’re more about the minor revolutions that were happening around the same time as punk, by Italian masters of portent Goblin and Fabio Frizzi.

For all the originality of their presentation, and occasional rad tuneage, SOT don’t always hit bullseyes. ‘Sisterhead’ is, I think, supposed to be witchy and icy (the vocals) set against hypnotic jollity (the rhythm), but even Seventies keyboard dorks don’t need a ‘Popcorn’-style numbskull beat on anything that isn’t ‘Popcorn’ by Hot Butter. They don’t need vocoders bussed in to bolster slender songcraft, either, but this happens on ‘Solar Disco’. This is not to say that the Sisters can’t do sterling work on tracks that basically only have one idea. ‘The Bells Of Moscow’ (like it) runs a funereal church organ through a wall of FX to create a deceptive glumness; deceptive because Massey’s drums lift it into the realm of the Seventies library musicians who made funky breakbeats of the future without knowing it. ‘Pendulum’, likewise, does appreciable things with nothing more than skittery percussion and cranky Telex-like synth lines.

It’s ‘The Don’, however, that betrays the fact that this has been made by someone with a keen ear for what gets, ah, discerning ravers on their feet at present. Four and a half minutes of disco-not-disco, it sounds like it’s squatting in waiting for one of the dancefloor bomb-droppers of 2009 to come along and tweak-mix it into some sort of crossover house euphoria-enabler. (Hot Chip and Acid Girls already had a punt, but… no, you’re not quite what we’re looking for.) It has synth pitter-patterns that evoke Kraftwerk at their most wistful – ‘Neon Lights’, maybe – squelchy bass that could sit restlessly in the middle of songs from about ten different genres, and a workable four-voice refrain of "people come on". Would it be wild to speculate that Massey was inspired here by his own 2008 remix of ‘Pronoid’ by Chrome Hoof? That band of outlandish Bacofoil users certainly have more in common with SOT than almost any other band on the proverbial circuit right now. ‘The Don’ is the only true must-hear moment on At The Ferranti Institute, but it does portray Massey, never knowingly complacent, in a warm light, and the Sisters make a good case for vintage gear porn to boot.