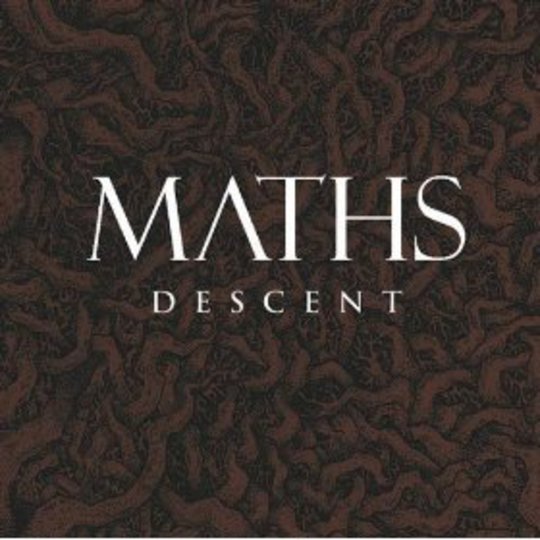 There’s something special about albums that come in around the 30-minute mark. Perhaps it’s the promise that what will be on it will be the very best that the artist has to offer. Perhaps it’s the punchiness that is characteristic of such albums, due to the types of bands that typically make such records – punk and ‘experimental’ bands. Perhaps it’s the confidence (arrogance?) that it takes for an artist to release a set about a third shorter in running time than is strictly speaking expected. I don’t know, but they always seem to be something special.

Descent , the debut full-length from Norfolk screamo quartet Maths, clocks in at just over 31 minutes; and it certainly doesn’t disappoint. Kicking off in deceptively subdued fashion, the first few tracks – ‘Belief in Sorrow’, ‘Culpa’, ‘Wilderness’ and ‘Guarded’ – act more like movements in a symphony than as individual songs, so closely intertwined are they. It’s an effective move, throwing the listener straight into the band’s dense, discordant tidal wave of angst and rage and refusing to let him or her go – an effect that is continued through the awesomely staccato ‘From Her Journals’, the relentless ‘Boundless’ and the wall of noise that is seventh track ‘Sleep Deep’.

Indeed, the mastery of their craft that Maths display is truly impressive. The songs on Descent are intricately woven pieces of work, yet avoid being over-complicated. The most striking thing, though, is the sheer scale of the album’s sound – it sounds epic and spacious, almost like it’s been recorded in a gigantic cavern. Even so, there’s a surprising sense of intimacy here: Descent feels warm, heartfelt and reassuringly honest.

That’s particularly evident in the second half, where the pace slows somewhat and the band show their more reflective side. Well, until penultimate song ‘Branches’ begins, that is: I don’t think I’ve heard a more colossal guitar assault – actually, it’s more like a tsunami than an assault – since Will Haven were at their peak. It’s a truly stunning few minutes of music, and is without a doubt the crescendo of the album.

This is an album that you can dip into if you want to, but you won’t get the best of it if you choose to experience it that way. No, Descent benefits hugely from being listened to a single piece of work. It peaks and troughs, ebbs and flows, and becomes more hypnotic every time you replay it. It might be short, but this is a truly electric half hour of music that goes straight for the gut in a remarkably visceral way. What Maths have produced with their debut is nothing less than a new high watermark for UK screamo hardcore. Ignore it at your peril.