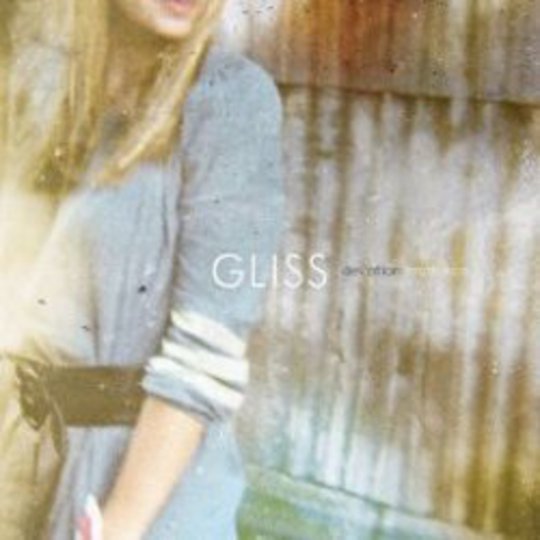 Los Angeles trio Gliss have fully embraced the other-worldly nature of dream pop. The sophomore effort from the multi-instrumentalists, Devotion Implosion, is steeped in an apparent love for the early Nineties Creation Records catalogue and a mutual affection for Bill Corgan (they accompanied a recent incarnation of Smashing Pumpkins on their European tour).

Their Siamese dreaming will sound familiar now that a certain nostalgia has taken hold not only of listeners but of other bands and encouraged a revival of shoegaze, dream pop, or whatever else you want to call it. Devotion Implosion is defined by bright guitars and the sort of distortion that scratches like a wool jumper. The album’s opening track, ‘Morning Light,’ is a perfect pastiche of Psychocandy fuzz to the extent that sneaking a chorus of ‘Just Like Honey’ in wouldn’t be out of place.

It’s one of a few direct attempts to ape the early Nineties bands they are so influenced by. While the lyrics are meant to evoke more romantic ideas - love, loss, and the like - they are often nonsensical, strung together for the pleasing nature of their intonation or repetition of sounds. This is further compounded by the trademarked shoegaze fashion of hiding the vocals under a wall of guitar noise.

The vocals are of mixed success. There are moments, such as the slow, sexy late album track ‘The Patrol’ where Martin Klingman’s disaffected attitude, combined with the choppy, chugging rhythm projects that desperately sought after image of being cool. The same tactic does not produce the same results elsewhere on the album, where the attempt to sound breathy isn’t sultry so much as listless.

’29 Acts of Love’ is the only track that seems to be written as a straightforward pop song; consequently it is the least consistent with the album, but would make a solid single. The fractured guitar and pulsing bass take on a more dance element, free from the frazzled shock that jitters through the other tracks. The chorus is perhaps a bit too garbled to understand exactly what the lyrics are, but it features the most intense (or emotional) vocal performance on the album.

Perhaps Gliss would benefit from leaning more towards these pop/rock elements, adhering to a conventional structure rather than trying to find a place in the world of bedroom music. There isn’t enough ambience for it to go on the value of atmosphere alone. It doesn’t drone on in the unfortunate way 'noise' projects do, but it lacks either the energy or sheer force needed to drive it forward. Volume compensates reasonably well, and being loud is necessary to achieve the effect they are seeking, but is it enough to be loud?

Gliss may have told us more about their record collections than themselves. It’s not right to be dismissive of music for being derivative, particularly when the renditions are so faithful. They have plenty of style, just not much of their own.