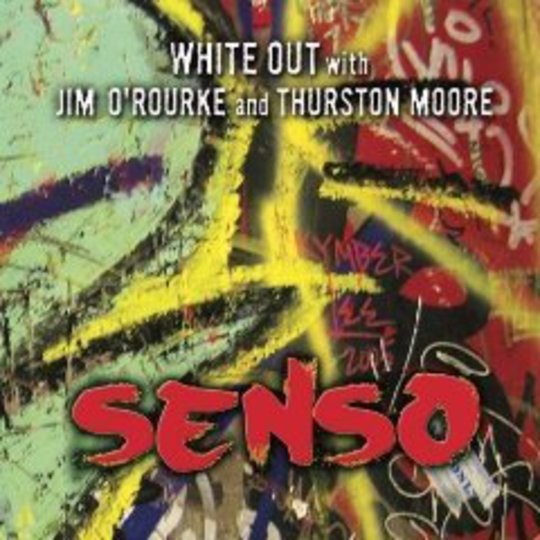 Like most live albums, Senso will certainly divide its audience. It’s unlikely that anyone wishing to begin an exploration of White Out’s impressive back catalogue would begin here, yet it’s studded with the intricate facets that define their experiments in sensory deprivation via the medium of consistent, free-flowing rivers of tension and release. Hardly an easy listen, and littered with blasts of volcanic white noise and tectonic washes of feedback, in several places all four nonetheless manage to establish a deep grove that somehow succeeds as both primal punk release and profoundly psychedelic stimulant. Around ten minutes into the second disc, entitled ‘The Eyes, The Mouth’, a cage of spiraling percussion and Sonic Youth-mangled guitar strings enmesh a delicate and beautiful synth theme that drifts in rapturous freefall like the rebel cousin of Bitches’ Brew. As an interlude within the shell of chaos that surrounds it on either side it’s startling, providing the resolution to a monolith of built up nervous tension that barely lifts before it begins to establish again.

Still, it’s difficult to know how to rate Senso, and it feels a shame to reduce it to a mere number. There’s much to be found lurking in its dreamlike middle states: sudden drifts of startlingly beautiful melody that remain half-hidden within tight webs of wince-inducing treble, or disarmingly intelligent textural shifts that disappear almost as soon as they register on the margins of consciousness. It’s only within the mind’s hypnagogic expanse that Senso’s jazzy subtleties really begin to sink in - Ecstatic Peace indeed, especially during the gorgeous calm of the second disc’s midsection. Yet to become fully absorbed it requires that delicate balance between full lucidity and free-association that only comes on the cusp of sleep.

It’s commendable and exciting that Moore’s label remains committed to releasing music dedicated to listening as a fully involved act, so separate from today’s increasingly disposable mp3 culture. Still, it’s hard to avoid the feeling that to become entirely immersed in a live performance such as this you need to be there in person, to take the time out from life to spend 80-odd minutes in White Out’s company. Somehow it doesn’t deliver the same hit on a pair of headphones or in a warm living room.