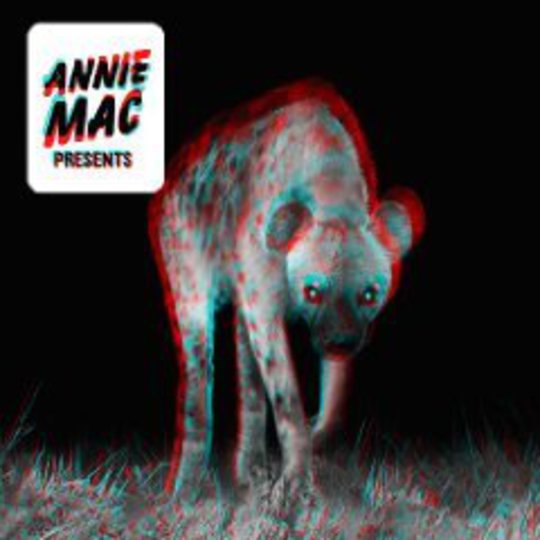 Last month’s Mixmag cover posed the rather blunt question: ‘Annie Mac: Is she ready for the biggest job in dance music?’ Taking over Pete Tong’s weekend starter slot is surely a daunting task for a DJ who rose through radio, not clubs. Celebrated for her 'fresh-eyed prism', the move challenges an orthodoxy usually ruled by ego, machismo and technical one-upmanship.

Still, the DJ has managed to refresh a culture that gets tired easily, overseeing the explosion of dubstep, helping house get its edge back, and boosting the profiles of scores of underground artists in her ‘Presents…’ tour.

Less convincing in getting across the colliding eclecticism of the Mash Up is this double-sided mix. With just enough to take interest, Annie Mac Presents… lacks the fierce impact of her show, and is more likely a quick cash-in on her inflated profile.

For starters Dizzee presents the exclusive 'Butterfly', which appropriately for a man who could flog pretty much anything right now, turns out to be a dull two-step splodge. 'Mary Jane' is probably the weakest track on Major Lazer’s cracking full-length, and a second false start in a weak opening brace.

Redeeming things, Boy-8-Bit’s twinkley daydream 'Baltic Pine' has a lightness of touch rarely heard in club music, its jaunty bassline bleeding perfectly into Fake Blood’s 'Fix Your Accent'. The first original material since the 2008 motor-bass of 'Mars', this funky house might be eyeing a bigger audience, but Fake Blood keeps his knowing eye intact.

As this 'peak time' set wears on, the only consistent aspect is its inconsistency. Skream’s 'In for the Kill' may have been a fest-success this summer, but Zinc’s version of 'Bulletproof' is limp filler, and probably the last La Roux remix we want to hear in a while. Rusko’s 'How Lo Can You Go' is a suitably low-end wobble, but not exactly 'totally of the moment' as promised. And so it is up to Joker’s Purple Wow Sound to turn SMD’s under-whelming 'Cruel Intentions' into this spare, crisply bracing result.

The Armand Van Helden and A-Trak disco vehicle, 'Duck Sauce', is an easy hit, aNYway’s rich soul cut with a chorus worthy of golden age material and with club ambitions to match. Surkin’s piano-and-strings treatment of Juan MacLean precedes this in a rare example of spot-on set-listing.

Part two is the ‘Back to Mine’ section, though the transition is barely noticeable as we plough into the Crookers’ tubular-bass hap-handling of Miike Snow’s 'Animal'. The Alan Braxe remix of Fenech-Soler’s 'The Cult Of Romance' brings the mood down a notch or two, and proceedings settle into a low simmer of lounge muzak.

'Blinded by the Lights' has an inherently heavy impact, so Nero’s dubstep version feels a bit pointless, while Caspa’s sleepy jazz-step soundtracks a made-up advert: “If Carlsberg made dubstep, we’d make the best dubstep in the world.”

Major Lazer rescues it with 'Mr. Vegas & Jovi Rockwell', who bring a fine slab of genuinely-vintage-sounding dub-reggae to the house party. Crystal Fighters, as heard by Magistrates, ratchet up the intrigue where it had been waning, with their novel take on Basque folk-with-sequencers, and CFCF’s downtime 'Balearic' is worth the wait towards the end.

Obviously possessing a good set of ears, Annie’s track-record championing new artists proves her credentials as an influential tastemaker. Yet the potent urgency of the Mash Up is lost on record, her charmingly haphazard style and selection sounding sloppy and disposable at home.