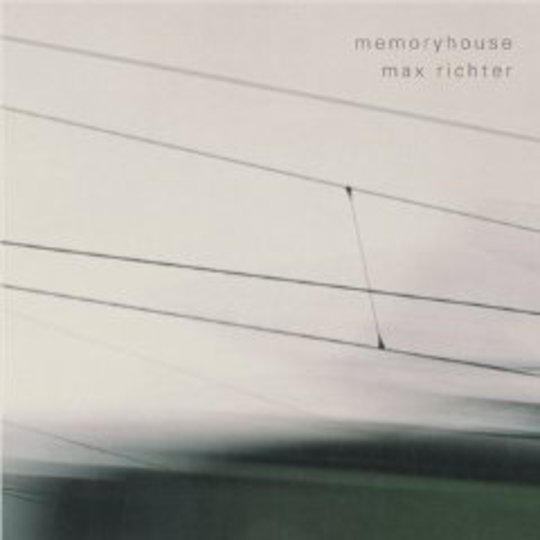 Throughout his solo career Max Richter has displayed an impressive ability to wring the maximum possible emotional content from the most minimal of sources. Whilst his compositional style touches on modern classical minimalism of the Reich and Glass variety - as well as their stylistic descendents such as labelmate Hauschka - his pieces are often dramatically more sparse, built on swathes of tape decay, vinyl crackle and the distant rumble of collapsing (new) buildings.

This juxtaposition of the here and now – delicate piano and violin themes – with an eclectic jumble of samples and electronics is reliably touching as a musical device: his second album The Blue Notebooks perfectly captured the twin peaks of heartbreak and euphoria in a series of short sketches that bled into one another like inks running on an easel. Last year’s beautiful, elegiac score to Ari Folman’s animated documentary Waltz With Bashir was an apt soundtrack to the surreal horror of war, Richter’s slow-motion cityscapes standing poised on the brink between the serious and the absurd.

FatCat’s reissue of Richter’s ‘lost’ 2002 debut makes a convincing argument for its excavation, sounding less like an embryonic version of his current self and more a fully-formed primer for what was to come. Across its length he returns to a central motif in the manner of a search through a lifetime’s worth of junk in a relative’s attic, scrawled violin setting the precedent in opener ‘Europe After The Rain’, to be followed by solo voice in album highlight ‘Sarajevo’ and a dance over the bubbling electronica of ‘Untitled (Figures)’. As an album title, Memoryhouse is about as appropriate as they come, a description of a set of pieces that fully explore their interconnections as though reminiscing on a life well lived. The music contained within is some of his most effective in its sheer simplicity; there is comparatively little of the spoken word that litters his later work to occasionally over-earnest effect, and less of his occasional tendency to imbue every moment with direct emotion. To these ears at least, this aspect makes Memoryhouse by some distance his most enjoyable work. A large proportion of its length is given over to quieter mood pieces, which serve to highlight the moments when the orchestra bursts into full bloom behind him, during ‘Sarajevo’s cascading arpeggios or the sudden upward trajectory of ‘November’.

Yet for all its beauty – and Memoryhouse has it in excess – depending on your viewpoint, its similarity to Richter’s later albums could act as both its greatest asset and its greatest fault. Newcomers to his music will find much to love, and its starkly drawn lines act as a primer to his later compositions, but it may not promise as much to casual listeners as The Blue Notebooks or Songs From Before. For established fans, however, its resurrection is something to be celebrated.