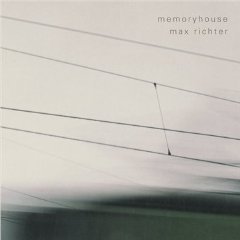 Memoryhouse is about as appropriate as they come, a description of a set of pieces that fully explore their interconnections as though reminiscing on a life well lived.»

'memoryhouse' - a gorgeous collection of classically-inclined original pieces by composer max richter - was initially released in 2002 on the bbc's short-lived late junction label, but is now long out of print. recorded by richter with the bbc philharmonic orchestra and critically lauded on its original release, 'memoryhouse' is quite deservedly held very dear to the broad-reaching 'post-classical' field. this is the long-awaited re-release of this truly beautiful album on fatcat records' instrumental / orchestral imprint 130701 - also home to hauschka, sylvain chauveau and montreal collective set fire to flames.
description from www.roughtrade.com