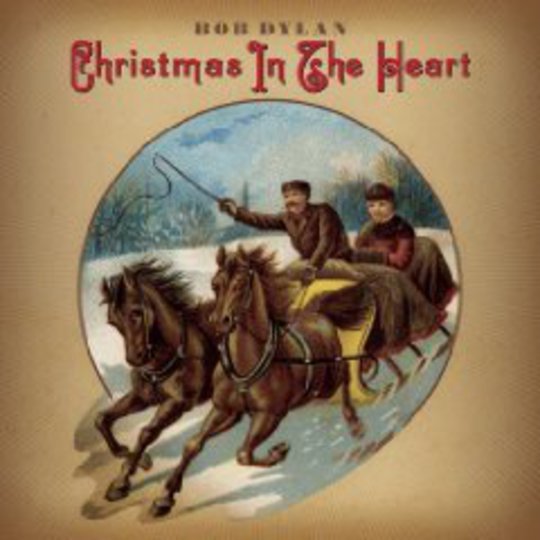 After 47 years and 33 studio albums, Bob Dylan has made a Christmas LP. "Thank goodness," I hear you cry: "at last he is fulfilling the promise of his entire career." Avid Dylanologists have been predicting this moment for decades, cleverly picking up the all the little clues dotted across his output. First there’s that Jack Frost pseudonym he’s been producing his records under for the past decade. Then, of course, there’s the existence of a sleigh bell track that can just about be made out low in the mix on ‘Subterranean Homesick Blues’. Add in those hidden messages about Santa you can hear if you play ‘Lay Lady Lay’ backwards, and things start to come together. Finally, who can ignore the persistent rumours about the notoriously unreleased Grotto Tapes, the holy grail for all self-respecting Dylan bootleggers? That’s right: Bob loves Christmas, and he doesn’t care who knows it. In fact, his notorious conversion to Christianity was always more about a love of Christmas than a love of Christ. With Christmas in the Heart he celebrates that love by bringing together 15 festive favourites, both sacred and secular, for the record of a lifetime.

Well maybe. Perhaps the revelation earlier this year that his Bobness was to release a Christmas album shouldn’t have come as such a shock though. There’s been a definite thaw in his public persona in the last few years - through his autobiography, his interviews in Martin Scorsese’s No Direction Home documentary, and most of all his frequently hilarious radio show, Dylan has revealed himself to be more playful Christmas imp than curmudgeonly Scrooge. Seeing as Dylan the DJ has shown himself to be as in thrall to the music of his youth as ever, should we be surprised he should choose to have a crack at one of the era's staples? After all, Elvis made two Christmas albums; Johnny Cash did three.

From the opening bars it’s clear Dylan has chosen to reproduce the easy listening aesthetic of the Forties and Fifties in loving detail, from sickly sweet angelic backing vocals to chocolate box cover art. These are pinpoint perfect arrangements, mostly of timeless classics from the American songbook. Of course, the record execs responsible for those recordings from the middle of the last century that this new album seeks to reprise would never have stuck that voice on top of those arrangements. The vocals are the croakiest he’s yet committed to tape. As on Theme Time Radio Hour, he often sounds like someone doing their most exaggeratedly comic Bob Dylan impression. On ‘Hark the Herald Angel Sing’ he sounds like an sentimental drunk, while the Latin introduction to ‘O Come All Ye Faithful (Adeste Fideles)’ is stunningly bad. None of this really seems to matter though. When it’s awful, it’s curiously likeable. Hearing the way Dylan mangles the word “Chriiiiiiiist”, later on in ‘O Come All Ye Faithful’, is brilliant. Horribly, horribly brilliant. It’s Dylan showing Dizzee what being bonkers really sounds like.

Elsewhere the album has some real delights. ‘Must Be Santa’ is a rollicking laugh, while the Hawaiian guitar feel of ‘Christmas Island’ is a daft treat. Moreover, ‘Silver Bells’, ‘The Christmas Song’ and ‘I’ll Be Home For Christmas’ manage to be genuinely poignant, with Dylan’s vocals deeply heartfelt. There’s a sense yearning for a simpler time, for the America of Norman Rockwell. Ironically, it’s a longing for an America the Bob Dylan of the Sixties did so much to put an end to.

Being as it’s the second album of the year from Bob, fans can hardly bemoan a lack of new material or wish he’d done something better with his time. It’s a charity stopgap, a novelty piece, a fun experiment. It’s Bob Dylan’s Christmas gift to you, delivered with warmth from his heart, even if his tongue is in his cheek. Like eggnog, it’s something that will always go down well once a year, even if it is probably just the once.