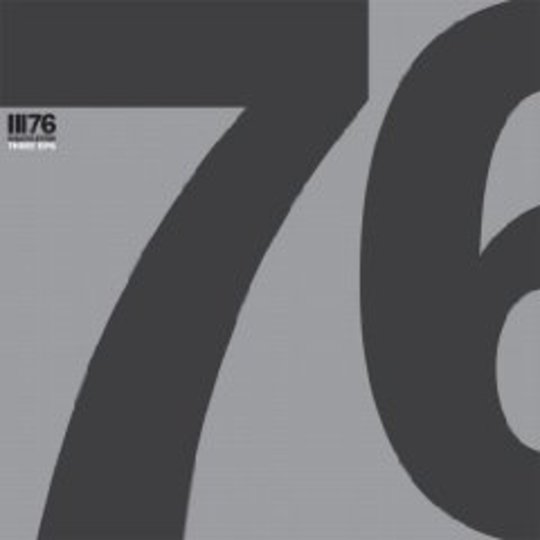 In some ways Sam Shackleton’s recent physical move to Berlin has also been a symbolic one, marking a severance point with his London origins in the dubstep scene and settling in a new home on the city’s renowned Perlon label – known predominantly for its contributions to microhouse and minimal techno. In retrospect, it’s hardly a surprising development; from a very early stage Shackleton was adamant that his influences lay far outside the limitations of what was then dubstep, and his acceptance within techno circles came early with Skull Disco’s release of Ricardo Villalobos’ hypnotic 18-minute rework of ‘Blood On My Hands’.

So the Shackleton of his Perlon debut Three EPs is not so different from the Shackleton who pieced together ‘Stalker’ and ‘Hamas Rule’ – the results of his relocation aren't immediately apparent. That said, even by the time of his later Skull Disco releases he had already considerably honed and shaped the nature of his music into something quite separate from the products of the close-knit scene that first nurtured him. The curling arabesque stomp of ‘Death Is Not Final’ and tightly bound percussive nets that encircled the central melody of ‘You Bring Me Down’ were a shift towards wider, more expansive and infinitely less definable territory. Yet in a pleasingly circular development, his own maverick status in turn bled back in to the work of the younger artists he was beginning to inspire, arriving at just the right time for an assault on an increasingly saturated scene.

As its name suggests, Three EPs was originally intended as a trilogy of separate releases. Although for many the CD version will act as Shackleton’s de facto debut album, close listens reveal the careful sequencing of each individual three-track segment – a triptych structure, the first harks back to his earlier work, all Arabian modalities and leering, phantom voices. Yet by the time the second takes its first breath with ‘Mountains of Ashes’ he has traveled further east, crafting in its serpentine coils a kind of Himalayan devotional music that extends through the howling winds of ‘There’s A Slow Train Coming’ and the funereal choir that emerges during the closing minute of ‘Moon Over Joseph’s Burial’. This middle section is the album’s centerpiece: almost impossible to separate into its constituent parts, cloaked in cavernous blackness but occasionally lit by sudden pools of moonlight, and possessed of a euphoric, dreamlike sense of wonder.

Three EPs’ rolling, tribal rhythms work against the idea of dance music as an endless succession of build and drop tensions, instead opting for rapture and release through glorious repetition. Even beyond the tectonic experiments of many genre contemporaries, his percussive patterns stand out for their richness and depth, generating an irrepressibly liquid groove over which separate layers shift like patterns of oil on water’s surface. It’s a strange form of alchemy - in a rare interview with Martin Clark, around the time of the first Skull Disco compilation, he revealed that each individual drum hit was painstakingly edited and pieced together to create rhythms so perfectly crafted that it was impossible to tell that they hadn’t been recorded live. The same is true of Three EPs – I don’t know whether or not the lilting tabla polyrhythms that ebb and flow across the quicksilver-like rush of highlight ‘Mountains of Ashes’ were programmed or played live, but their combined effect is to produce a consistently peaking wave that swells before descending ever deeper, ever-changing like a surfer adrift on a sea of mercury.

Which is to say nothing of its sheer presence – for all its intangibility, Three EPs maintains a forceful physicality that seems to necessitate an almost uncomfortable personal engagement. This is certainly not aura-settling mood music: anyone lucky enough to have witnessed Shackleton’s live performances over the last year or two will have some concept of its bodily effect. On some elemental level his music seems to defy certain basic physical laws; science would argue that something impenetrably dense could not possibly achieve a fluid elasticity, or find its own level like a liquid. Yet these sub-bass frequencies – thick, viscous things so all-encompassing that they bind the mix together like resin – achieve both, immersing the listener in a claustrophobic body-bind at the same time as they move with surprising grace and restraint.

The album’s final third is certainly its most intriguing, looking further from contemporary dance music than ever before towards overcast experiments in ambient drone. ‘Trembling Leaf’ is deeply, deeply unsettling, a plaintive child’s cry locked in eternal torment between the least sexy two-step swing these ears have ever encountered. It’s this section that opens up the floor as to where his music is likely to travel next. Where he fits into our post-everything glut of cultural detritus is a mystery at this point, but it’s of little consequence - Shackleton is a unique musician, and Three EPs is a fully immersive experience. The only reason for not awarding it the full house is the tantalising certainty that there’s even better to come.