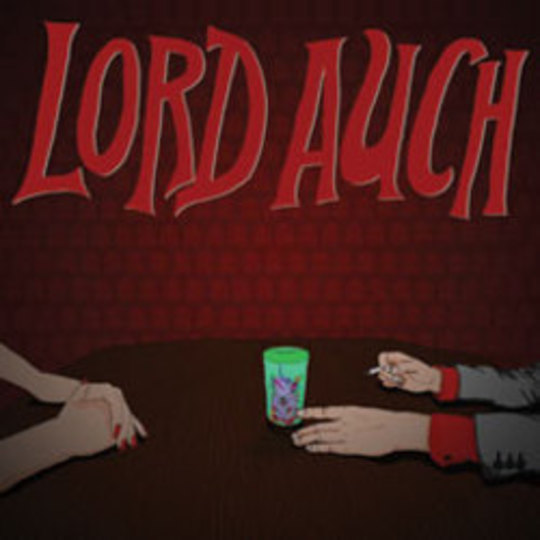 As the once world famous Smash Mouth most famously put it, “And all that glitters is gold / and only shooting stars break the mold”. The same thing can be said about the now defunct Leeds art-rock mavericks Black Wire. The band came to a natural end in 2006, but where Black Wire left off, Simon McCabe and Danny Prescott started again with Lord Auch. Taking more than just their name from the pseudonym of metaphysical-absurdist French essayist Georges Bataille, they also took some time to revel in the degradation and cultivate a healthy appreciation for some good sadism. From there, the duo added three members to flesh out their macabre sound, including ex-Courtney Love guitarist Liam W., who no doubt has some experience with dark, dingy scenes which inspired their debut EP, ...To The Shit House.

‘Sappho and Double Skin’ sets the dark tone that flows beneath the entire EP. McCabe’s echoing, sinister vocal drifts purposefully over the sparse guitar line. The memorably chanted "ooh-wah-ooh", sounds almost Celtic, for lack of a better term and the drum sounds almost like a beat fit for zombies to march slowly, determined to march wherever until trumpets come in, almost underutilized, making the song sound like something from Blake’s 'London'. ‘Drunkards Rigadoon’ started off as an instrumental track written as an accompanying piece to a play McCabe wrote some time ago, but for the EP - which incidentally has an accompanying film piece also written by McCabe - they added lyrics. “We are damned, we are doomed / Meet me for a Rigadoon” is repeated, again, over bare guitar and rhythmic tapping, but it seems like a more menacing version of the Pirates of the Caribbean ride song at Disneyland, and if Disney ever wanted to scare kids more than entertain them, this might be a worthy choice.

'…To The Shithouse' is the most fascinating song on the EP and works quite well as the closer. It seems to be the most coherent example of what Lord Auch are trying to create: something murky but textured, evocative of dark alleyways and the desperation that stems from depression, and not completely unlike the XX Teens but with the weirdness notch taken down by about two. The ominously groovy bass and piano work together to create music that is reminiscent of Fifties Americana (in sound and look), something more serious than silly, spooky rock but has the same amusing effect. The additional female vocals on the song only serve to confirm my thought that there’s something almost gospel-like about the vocals throughout the EP. So for now, I will follow them to the shithouse, but I’m going to hold closed the floodgates of wanton praise, hopefully until their full-length reveals where precisely the haunting and groovy trail they’ve forged with their EP might be taking them.