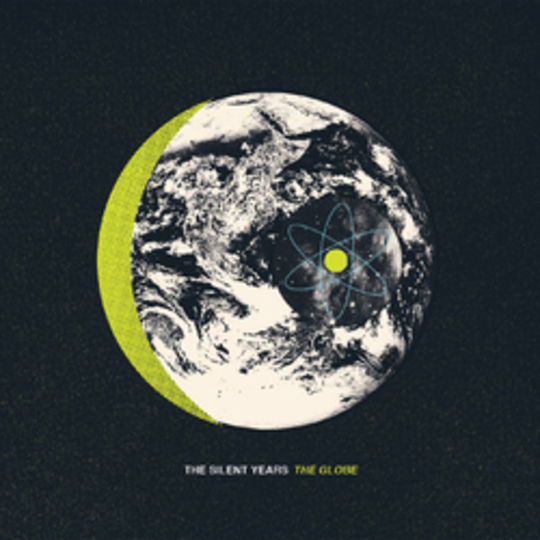 There reaches a time in every music listener's life when he realises he is out of touch, when seemingly overnight he no longer has his pulse on the scene, when one desperate day he feels decidedly uncomfortable going to gigs because he has become the oldest elephant in the room. Then comes that fateful blue morning when he asks the bathroom mirror – who are the Fuck Buttons? And that bittersweet moment one afternoon when he realizes that he is finally beginning to relate to Hold Steady lyrics.

That time I fear is nearly upon me. I feel like the racing horse with dodgy knees whose ears flick up fearfully as he hears the shotgun being loaded. I need a band to save me, any band will do. Preferably something derivative of what I like, something clever, something I can tap my toes to, and by jove! I hope this could be it.

The Silent Years are led by the mercurial Josh Epstein. I say mercurial because when skim reading through the press release, I wondered whether Epstein declaring “The notion that inspired the concept was the idea or theory that everything that exists probably exists everywhere” makes him just another pseudo-intellectual douchebag (hey, it takes one to know one) or the next Rene Descartes. Maybe it’s a Detroit thing with Epstein the wise Apollonian to (another one of the motor city’s famous sons) Iggy Pop’s wild Dionysian.

The Globe swerves into action with the epic, cascading ray of light percussion of ‘Out Into The Wild’, dizzying organ blends with caffeine spiked percussion. I’m hearing The Walkmen, but these old ears hear many things. ‘On Our Way Home’ opens like a serene, flighty country epic, a flaccid wagon rolling along the fertile plains; the violins seem to reach the edge of a ravine, before jauntily taking a few steps back, deciding not to step off the edge.

Single material exists in the shape of ‘Climb on my Back’ which recalls the catchier moments of The Silversun Pickups. I’m confident this would tear up commercial radio playlists, and would be the perfect soundtrack for Saturday morning goal highlights. Overdubbed vocals warble into the “c’mon c’mon” go-getting chorus. Fans of Russian literature will be pleased when Epstein sings “that he is the Overman that Dostoyevsky wrote about”.

‘Black Hole’ is a dainty little number, a conniving little ballad written by the riverside before breaking out in predictably riffage, but alongside ‘Ropes’ - which packs as much punch as getting clubbed by a boxing glove crafted from double thick bubble wrap - and the idle folk of ‘The Sun is Alive’, the pace of the album descends into neutral. You can gather at this stage that The Silent Years put out orchestral indie pop, possessing a similar knack to that of The Flaming Lips of making music that sounds far more epic then it actually is.

‘Know Your Place’ builds momentum again, with more desperation in Epstein’s voice, on a sort of Cedric Bixler-Zavala-style way. ‘Goddamn You’ deals with feelings of disconnection, but its place in the album is itself disconnected, feeling more like a moment of filler then a binding album track. ‘The World's Worst Birthday Gift’ is a swirling case of the ups and downs - “And it’s killing you like a straw that could crack the proverbial back and it fell on you / It’s the world’s worst birthday gift.”

‘Aging Gracefully’ is undoubtedly the pick of the bunch, with a bit of rattle and shake to it, a groove. It's a real tempter, teasing with effortless changes in tempo, but at this point the album seems to loiter a bit beyond its welcome, stretching to a difficult to sit through in a one session spell of 16 songs. The frustration is compounded by ‘The Axiom’ which again keeps you hanging on, this time through repetitive organ, though arguably the epic ending makes up for the agonizing wait for something to actually happen.

The Silent Years certainly have loaded the plate, and of the final few tracks only ‘Madame Shocking’ can truly twist a smile on my face. At times The Globe hits giddy heights, but for some reason the band were afraid to take the knife and cut away some of the sludge that prevents this album from becoming potentially pretty great .

As for The Silent Years being the band that will save me, nope, I’m afraid they are yet another band that have all the required musicianship and vision, but the inability to make the hard decisions when it comes to constructing an album ripe for multiple listens. We are left with an album that is painfully overlong, reaching for the apples that it will never be able to grab.