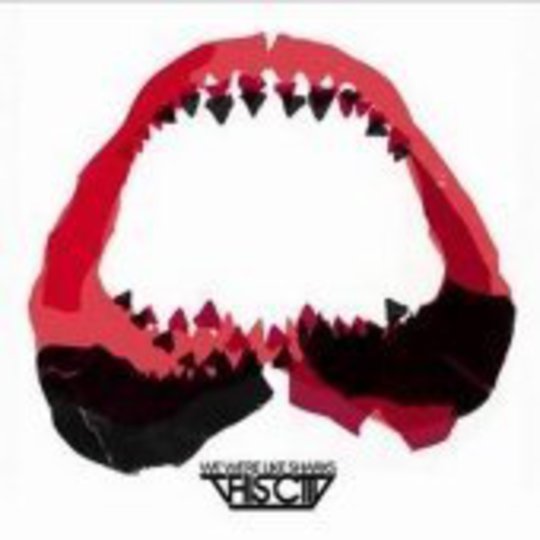 Some may remember Brighton five-piece This City as the group who qualified for the latter stages of the 2007 Orange unsignedAct competition, only to withdraw; a decision based on the way they’d “developed as band”. An act who’d previously drawn attention at that same year’s In The City conference, with a raw blend of pop-punk melodies and At The Drive-In-influenced guitar schizophrenia, their withdrawal wasn’t entirely unexpected; theirs was an aesthetic that seemed entirely at odds with the glimmering plastic world of TV land. It’s a disappointment then to find that, two years on, debut LP We Were Like Sharks has been wrapped up in its own form of plastic sheen; a 34 minute exercise in screaming “PLEASE LIKE US!” to as many people as possible, without really knowing which way to go about it.

Maybe it was to be expected though: dropping out of unsignedAct, signing to Epitaph, recording in America and, more recently, taking varying support slots with the Eagles Of Death Metal and A (remember them?); This City have always given the impression of a band not entirely sure of where and who they want to be. It’s a trait that transfers onto record. We Were Like Sharks deals in a menagerie of styles, a semantic link to punk running through all of them; there’s diluted hardcore riffs, alarming resemblance to Penny-era Automatic and a whole lot more thrown randomly at the canvas. Often, a thrilling sense of gathering momentum is built, only to be away at the crucial point. Take ‘Black and Blue’: viscerally brain-lodging hooks take on lead vocalist Chris Purr’s seemingly buoyant yelps, two snowballing tumults seemingly on a crash course for collision. Yet, come the money shot, it all falls away with a languid, echo-drenched mid section; it should be following its quasi-Blood Brothers leaning to its brutal conclusion. And this is a recurring problem. While highpoint ‘With Loaded Guns’ thrusts viscerally forward, a canny indie-disco stomp underpinning fraught urgency and throat lacerating vocals, ‘Colours’ opens up reminiscent of Bloc Party’s ‘This Modern Love’, before a disappointing morph into a shiny potential soundtrack for the latest Pro Evolution Soccer game. For ‘Kids With Fireworks’ spidery guitar lines and shotgun chorus, flip the coin and find ‘Moving Parts’; the sort of tepid radio-nudging call-to-arms anthem that Lostprophets were dealing in back in 2004.

It’s these wannabe attempts at wide encompassment that really grate when listening to This City: when put next to their noisier, more avant offerings, they simple don’t work. There’s a sense of reluctance in tracks like ‘Picture This’ and ‘Colours’; songs which attempt to get the indie kids on side, when in fact the band really just fancy channelling the spirit of Eighties Dischord records into making our ears bleed. Only lead singer Chris Purr remains a constant firecracker of energy, his vocals covering almost every inch of the album. His yelps get are tiresome rather than invigorating though; a constant mono-pitch of yelping that makes him sound for all the world like there’s a helium balloon lodged in his vocal tract.

It feels harsh to criticise This City for simply 'having a go' on their debut. It is an admirable trait to avoid pigeonholing, after all. Unfortunately for the five-piece, it feels that the drift through genres has occurred owing more from a desperation to be liked, rather than any great artistic transcendence. Like the kid in the playground who floats between social groups, We Were Like Sharks gives the impression of a band eager to please everyone; ultimately when it comes to graduation, no one quite remembers what it is they liked about them.