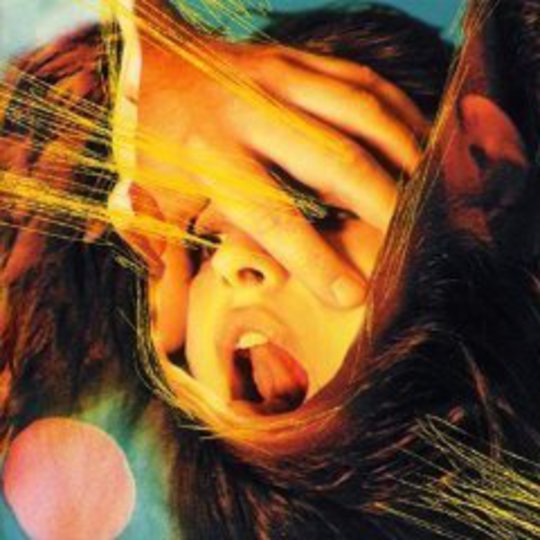 While it would be wrong to suggest The Flaming Lips have fallen out of favour over the last decade (the ever avuncular Wayne Coyne has precious few challengers for his 'most beloved man in indie' crown), it's perhaps true that familiarity has led to the first creeping signs of contempt. The Soft Bulletin had made them the most acclaimed band on the planet, but by the end of the At War With The Mystics tour people seemed more familiar with the Lips' insane arsenal of live gimmicks than the record itself. Given that they effectively toured with the same show up until this year's ATP NY, that's perhaps not really a surprise but still... somewhere along the line the band stopped being viewed as unpredictable weirdos and became something more in the ballpark of lovable eccentrics, defined by the Fridmann-pop of their latterday singles.

If you've read anything about Embryonic (or heard any songs bar horrific lead single 'I Can Be a Frog'), you'll doubtless be aware that it represents an abrupt change in direction for the band, a cackling assault on the slickness of recent years. Though Dave Fridmann was about somewhere, it's primarily self-produced (though it should be noted that 'produced' is a pretty relative term here).

It's a record that splutters, stutters and then stomps into menacing life with 'Convinced of the Hex', the song’s colossal bass figure spitting rusty sparks as it spins murderously over a Coyne as sinister as we've ever heard him, his Neil Young-ish high register ditched entirely. Whether or not it's the numbly repeated line "it's the distance between us" or the bloodcurding screams at the end that'll freak you out the more, it's indisputably not music destined to be sung while smirking from the middle of a hamster ball. Though At War With The Mystics had some heavier moments, 'Convinced of the Hex' very much sounds like a statement of severance from the gosh-isn't-everything-magical-even-death? tack of recent years. It sounds like disconnection, fear and bad drugs, but it's got a Can-sized groove that'll blow off your shivering head.

If 'The Sparrow Looks Up at the Machine' is less scary - Coyne's vocals tracked into a warmer, cloudlike layer - it doesn't feel cutesy, more out of control, his ponderance "what does it mean?" deprived of whimsy by the music that shoves it forward like a prison guard, the march forwards continuing even when mobile interference attempts to foolishly disrupt the overdriven bass’s remorseless process. Though Coyne has spoken of how diverse he considers the record, there’s definitely a palette at work here: if you enjoy loud, raw, mechanical rhythms, acid-scarred guitars and keys, and vocals that sound damaged in every sense (and let’s face it, you should), much of Embryonic will leave you clawing your synapses in delight (see in particular ‘Worm Mountain’ and ‘Watching the Planets). HOWEVER, there are also a lot of meandering bliss outs present, mostly based on lethargic, layered vocals and the odd snatch of German mathematician Dr. Thorsten Wörmann saying, um, y'know, stuff. For all Embryonic’s vaunted sonic attack, these slow songs account or nigh on half the record, and while some are great (notably 'Gemini Syringes'), they slow and clog the album, and also account for the nadir of ‘I Can Be a Frog’ (basically an excuse for a guesting Karen O to make animal noises).

This might well have been compensated for by a complete blow your head off swamp psyche side and a flowing, trippy semi-ambient, let's-stare-at-the-patterns-on-the-ceiling side. As it is, Embryonic is very long, and constantly shatters its own mood by lurching between thunder and ecstasy, with just a little mid ground achieved by the painfully raw lament 'Evil' (later reprised as 'If') and the very rough cut pop of ‘Silver Trembling Hands’.

What it really all boils down to is your tolerance for lengthy psyche records, which is what Embyonic undoubtedly is. There is some extremely good music here, and it is hugely heartening to discover that a band whose success felt so deserved can so easily reconnect with their pre-fame spirit of adventure. However, the meandering hippie songs feel like a definite price to pay for the brilliance of the fractured wig outs; Coyne may have pre-empted criticism by suggesting the album was written in the idiom of the overlong double set, but that doesn’t stop it sagging (particularly as the finished record appears to be a very long single CD – not sure what happened there). This shouldn’t put anyone off at least investigating a hugely bracing set, but it may yet prove that Embryonic’s biggest achievement is restoring the Flaming Lips’ unpredictability. The entertainer’s masks have fallen away – underneath there are madmen grinning.