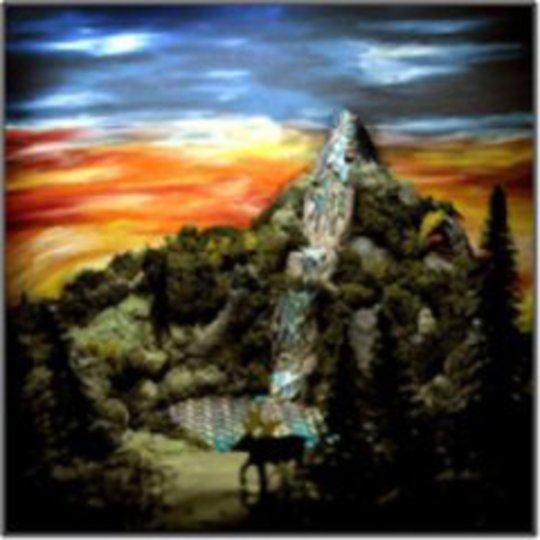 You see, Tubelord tick all the right boxes. Frenzied mangling of rock sub-genres: math-rock, post-hardcore, even emo. They’re fantastic at creating catchy complex little hooks, sudden shifts from quiet to loud and back again, and technically superb, especially when building to a triumphant release. They even seem like incredibly likeable chaps on the band’s blog and in interviews.

So why does Our First American Friends leave me cold?

The record certainly starts off promisingly enough: the long, drawn-out intro to opener ‘Your Bed is Kind of Frightening’ kicks the album off in fine form, and soon morphs into catchy, stop-start tune that combines math-rock with some quite poppy sensibilities. Second track ‘Somewhere Out There a Dog is On Fire’ also suggests goodness to come, bringing to mind hints of early A, especially vocally. Even so, by the end of the song I’ve started to glaze over. Track three – ‘Stacey’s Left Arm’ – begins with a lacklustre, generic riff, and it’s not until about two and a half minutes in, when there’s a vaguely interesting bridge section, that my interest is roused again – only to be dashed when said riffage returns.

It continues in this vein: déjà vu seriously starts to kick in, as fourth song ‘Propeller’ tread the same path. It's not unlike listening to the same song, over and over again. ‘He Awoke On a Beach in Abergavenny’ tries to inject some more post-hardcore into proceedings, but just comes across as sub-Taking Back Sunday fare designed for radio exposure. And, aside from xylophone-heavy ballad ‘Cows to the East, Cities to the West’, it all ploughs the same repetitive and unexciting furrow. Even when final track ‘Our First American Friends’ produces an impressive wall of noise, it’s too little too late.

Frankly, it’s quite frustrating. It’s not like these guys can’t write a hook: there are catchy riffs here that make you prick your ears up and go ‘ooh, that’s interesting/clever/nicely done’. Perhaps half the problem is that those quirky little moments are used all too sparsely, and wrapped up in songs that, in the main, sound unoriginal and generic. That, too, is maddening: after all, Tubelord are pulling their influences from a lot of places, which you would think – or at least hope – would result in something interesting. Instead, it’s more like the distinctiveness has been blended out, creating a competent yet oddly bland outcome. It’s like a homemade smoothie with too much banana and not enough pineapple.

It’s a real shame. The elements that make up this album show real promise: it’s just that the end result is inferior to the sum of its parts. So, despite my best efforts to learn to love Tubelord, I’m afraid I have to label this a real disappointment.