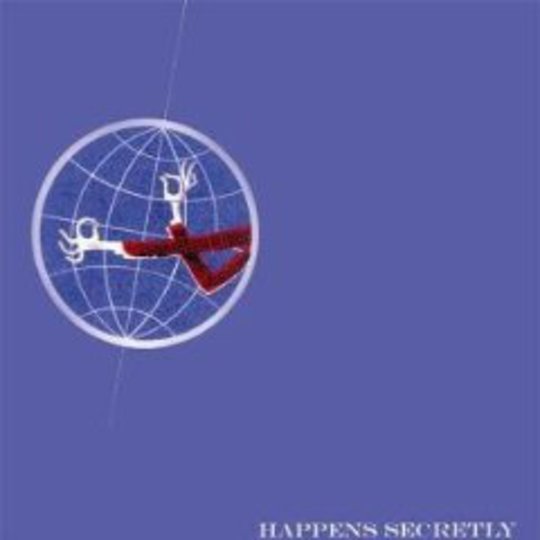 You're all familiar with Iceland's musical exports now, especially with this here site championing damn near every inch of musical plain it offers. Whether the subject of such adulation is now internationally renowned Bjork and Sigur Ros, or the likes of Amiina and Múm, it’s fair to say that a lot of forward thinking musicians thrive within the borders of that tranquil sanctuary of an island. Kippi Kaninus has been involved with a fair few of them, being part of vocal choirs for those aforementioned world-beaters and touring and working with his other national bretheren. But with Happens Secretly he may well step out of those shadows into his own beautifully formed niche.

Opener ‘The Comfort of My Eyes’ sets a magical tone for the album, but owes more to the minimalist electronic sides of Efterklang than his own national compatriots. While it’s still obviously rooted in its cultural belongings, there’s an immediate accessibility on offer that shows that Kaninus is in no mood to waste time with the album long method of crescendo his countryfolk tend to enjoy. At only seven tracks long, that could have been an easy route to take, but with no track coming shorter than the better of five minutes, they all have the ability to compliment each other.

As the Album Leaf-esque synth cements the first piece, its peacefulness seems never to be overpowering, but never underwhelming. The same can be said with follow up track, ‘Whyshouldtheyounghavefaith’ with its Godspeed like stabs of string built on a foundation of melodious pianos and towering drum samples. It may not be consistently easy listening, but it’s entirely enthralling within its nine-minute bracket, pursuing a level of repetition that is rewarding more than immediate.

Two tracks, specifically, act as disguised interludes to distract from the idea of the whole thing being welded into an unfortunate conceptual piece. Kaninus has a world of ability to showcase here, so there’s not always room for earnest instrumental musings. ‘A Soft Living Thing’ finds Kaninus playfully ambling with a church organ, sounding almost like the soundtrack to the lawyer of Raoul Duke’s mescaline induced roundabout ride. For the first time we hear his vocal utterances, repeating the lyric of the title, and it seems haunting in it’s repetition when combined with its musical theme. ‘Purer, Softer’ Deader’ meanwhile brings the electronic craftsmanship to the fore, sounding not dissimilar to Plaid or Boards Of Canada, but stands as a diversion to the almost melancholic nature to what surrounds it.

There is always joy in what may seem sad to some though. Kippi Kaninus’ music may have that Marmite element in its drawn-out nature, and in truth the haters may be warraneted in their opinion. At times the structure of the songs becomes too familiar, creating a sense of anticlimax. ‘This Note is –D’ builds upon a repeated ensemble of guitars and strings, before plunging into an organ led Hymnal that feels misplaced and out of sync with what has come before it. Another case in point is the closing track ‘Refrain’; ending an album with such a titled song alone leaves it open to scepticism, and with such adrenaline filled tracks beforehand, the album warrants a clearer and perhaps more emphatic ending.

Those points aside though, the album as a whole accurately delivers its emotive nature to such an extent that the music demands imagery as much as it demands empathy. This album could conjure metaphorical idioms that show mans inhumanity to man, or the effect man has on the planet. It’s grandiose without being pompous or self-righteous, and understated enough that human effect isn’t lost within its alternative sampled nature. Evolutionary nature is what is core to the country’s core forebearers of musical talent, as well as the serene nature of their surroundings. Iceland should stand as one of the bastions of creation and, in that sense, Kippi Kaninus should now stand as another exporter of its beauty.