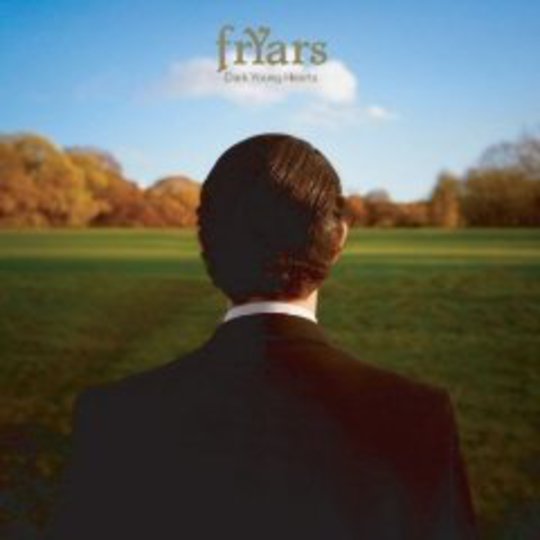 Synthesisers are ever present in the modern age. You would have though the Eighties would have killed them off, but now they dominate, in this pretend wave of female popstars and in the synthpop indiestars, pretending this didn't get boring twenty years back. frYars, one London man named Ben Garrett plus friends, clearly recognises the mysterious power of the synth. He fills his songs with them, exploiting them, just like lots of other people have done. Somehow, though, he makes it sound less tired, less nostalgic.

Pop is at the heart of everything frYars does. Hark at 'Jerusalem', where a burbling electronic line through the verse is turned into a rousing pop chorus. There is bold songwriting on show, particularly in someone so young. There's a beautifully skew-whiff guitar line hidden beneath the keyboards, just one of many hidden fragments, rewarding the old chestnut of repeat listening. No wonder he needed Bandstocks to help him finish the record off. Layers cost money.

Mr Garrett possesses a most baroque croon, lulling deep noir onto the tape with over-enunciated vowels. It has a clanging quality to it, sometime too nasal over rattling keyboards. It channels Dave Gahan circa 'Personal Jesus'. It's convenient for the reviewer, therefore that the man himself appears on the sine wave burble of 'Visitors', and that Gahan's voice just sounds like another, bassier layering of frYar's own. The links are made for you. Join the dots.

The lyrics are a mixture of the morbid - “I was knocked down by the lights of a speeding car” ('Of March'), “You should have died that very night / Good job for you I wasn't born a killer” ('The Ides') - and the oblique - “It looks like hard work pulling fish from the bone” ('Novelist's Wife'), _“This is the lakehouse / You can sleep here / With your soft drinks” ('The Lakehouse'). Sometimes it all just feels a bit like when Beck runs words together 'cos they sound nice, not because of their coherency.

frYars' EPs have been gently building buzz around the band like a Victorian gentleman collecting butterflies, pinning his successes to a board. Garrett has been sitting on his laurels, watching his treasures, not adding much new to the collection. Those familiar with those EPs will recognise almost half of the tracks here. Dare he risk the (minor) outrage were he not to include them? Indeed, the record would be vastly weakened were these older tracks absent. Almost all the standouts ('The Ides' and 'Happy') have appeared before. New additions, however, draw lines over the edges of the template.

'Ananas Trunk Railroad' brings a rolling, almost rocking feel, while 'A Last Resort' is a lovely change of tone, scrapping the circuits of circuit boards to use that most on trend of instruments, the ukulele. It's structured all wrong as well (in the best way), abandoning the pop blueprints that litter the rest of Dark Young Hearts. It finds frYars on reflective form: “You left your family for me / I think I'm too old to feel this real.”

It's these touching moments, both lyrically and musically, that rescue frYars from collapsing beneath the weight of his own mighty ambition. Undoubtedly a brilliantly precocious songwriter, Dark Young Hearts shines with talent, pop tunes with those secret corners you think were put there just for you to spot. Lyrical flaws aside, it's an indelible mark of grandeur on our decaying decade.