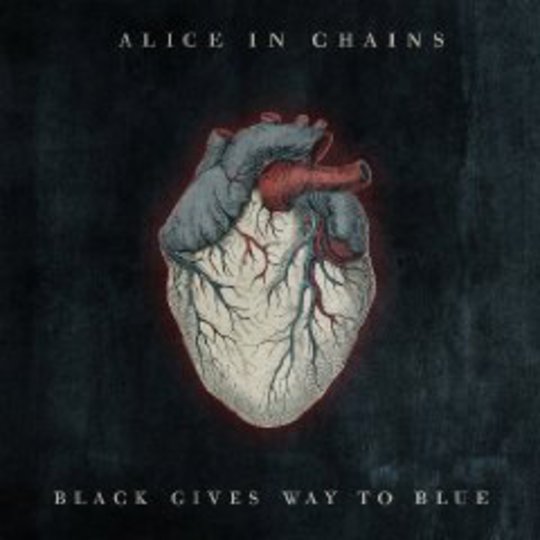 The Pacific North West musical phenomenon that was grunge offered up a Big Four of commercially unstoppable bands/brands. Nirvana, Pearl Jam, Soundgarden and Alice in Chains were synonymous with angst, plaid shirts, Seattle and smack in the early half of the Nineties. But Alice in Chains were the odd ones out. They had no links to grunge’s cultural epicenter, Sub Pop, and, despite an aesthetic similar to the others in the Big Four, Alice in Chains were the most, er, metal. Today, when Sunn O))) grace the cover of Wire magazine or Megadeth’s new album is the subject to feverish preview at The Quietus, it’s hard to remember that, in the early Nineties, the metal was a derogatory term associated with truly awful music like Joey Belladonna era Anthrax.

Despite this, Alice in Chains were grudgingly accepted by the music cognoscenti. They didn’t pine for alternative credibility like others. They stunk of illness, too, adding credence to their gnarly aura. Sophomore effort, Dirt, is probably the sickliest, grimmest, multi-million selling rock album of all time. Another assertion as to their merits came from Mudhoney’s Mark Arm, "Layne Staley was into what he did and his heart was in the right place… he came from a cheesy metal background and totally transcended that”. It was, in many people’s eyes, Alice in Chains’ late singer who gave the band that depth, that innate ability to rise above the embarrassing tropes of rock music. Staley succumbed to his smack addition in 2002, estranged from his band mates whilst they were on hiatus. If he was the heart and soul, just what is the point of a new Alice in Chains album in 2009?

Perhaps it would be churlish to suggest that AiC sans Staley is an abomination upon their good name. Jerry Cantrell was, and still is, the chief sonic architect. That’s where the heart of Black Gives Way to Blue truly lies: Cantrell and co making sense of it all by doing what they do best. William DuVall - former vocalist with no marks Comes with the Fall - steps into Staley’s shoes with ease. The fact that he brings nothing in terms of charisma to the table is irrelevant – this isn’t about him, it’s about the rest of the band. What is truly eerie are his vocals. Disconcertingly similar to Staley, at first listen Black Gives Way To Blue has about as much worth as a competent karaoke band. That is until repeated listens serve to lodge the album into your cranium. Recent single, 'A Looking in View', is as good as anything they’ve ever recorded. A pummeling slab of drop D delirium, Cantrell’s guitars slither like desert snakes scaling Ziggurats in Mesopotamia as he harmonizes with DuVall. The song’s scorched earth tactics renders the rest of the album just slightly jaundiced in comparison, but there’s still much to commend. 'Check My Brain' boasts a chorus of bubble-gum-pop proportions. You can almost imagine Cantrell cracking a smile as he muses upon his new life on the West Coast. 'Take Her Out' is equally melodic. A testament to Cantrell’s craftsmanship, the song lurches from achingly beautiful, Coke-float-sweet guitar lines to yearning bridge and blissed out chorus in less than 40 seconds. The psych-folk of 'When the Sun Rose Again' is a pleasing diversion, choc full of tumbling key changes and the stench of patchouli oil while 'Last of my Kind' revels in its quagmire of sublime sludge riffola and stacked harmonies. The title track is dedicated to Staley and epitomizes the album’s overall air of tastefulness. It might feature Elton John on piano but it holds back from deploying cavernous, gated drums and ends meekly without overstaying its welcome. A fitting eulogy to a friend. Okay, songs like 'Private Hell' or 'Acid Bubble' are the kind of Grungesploitation peddled by Candlebox and their ilk, but when AiC hit home though, as they often do, Black Gives Way To Blue becomes the quiet triumph it set out to be.

As Cantrell and DuVall wince in perfect, pained unison on the delectably queasy churn of Lesson Learned, “In your darkest hour/You strike gold”.