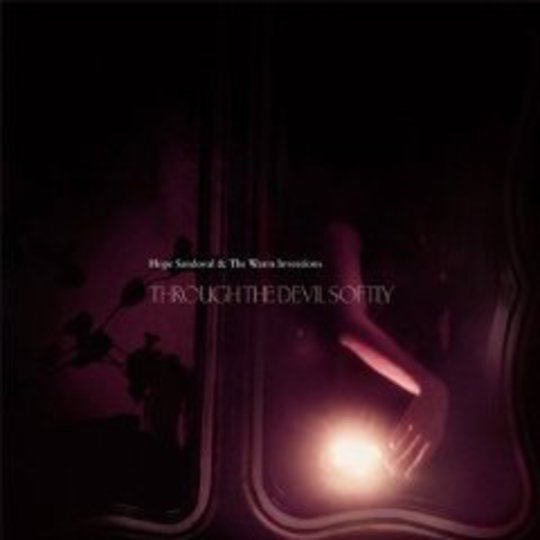 When Hope Sandoval unexpectedly materialised a decade ago in the midst of the Chemical Brothers’ otherwise-alarmingly-housey big beat thesis Surrender, her very presence crowbarred a heavy-lidded eye into the whip of the storm, slamming the metaphorical brakes on one of the most relentlessly badgering dance albums of the dying Ninties. In a sense, her paralysingly narcotic cameo on mid-album standout ‘Asleep From Day’ tells you most of what you might need to know about Hope Sandoval & The Warm Inventions, even if life has thus far cruelly deprived you of the chance to wade throat-deep into her quicksand vocals for divine, sadly dormant Santa Monica shoegazers Mazzy Star

Perhaps fittingly for an artist who seems hell-bent on creating an army of somnolent, blissed-out disciples to do her vaguely sinister bidding, Sandoval has taken her molasses-sweet time (eight years, no less) to make this sophomore appearance with dream-pop dilettantes The Warm Inventions. To be fair, she has been suitably busy elsewhere - as recent confirmation of her guest appearance on Massive Attack’s upcoming fifth LP attests - and it’s equally hard to imagine fellow Warm Invention and My Bloody Valentine founder/drummer Colm Ó Cíosóig having had much free time of late, either.

Still, from the very outset, the constant reminder that we’re in no particular hurry meanders beneath Through The Devil Softly like a brackish, turbid bayou. Opener and download-only launch single ‘Blanchard’ states the case as solemnly as any track here, sliding in on a descending spiral staircase of glassy acoustic chords that give way to a shimmering, mirage-like lead motif, all the while leaving plenty of room in the foreground for Sandoval’s breathily intimate incantations.

Coming across like Katie Jane Garside’s shamanic fairy godmother, Sandoval breathes spectral life into a dusky tale awash with painterly invocations of fractured, restless memories. “All those times you sent my brother down your road / Holding on to the dope that you sold,” runs her accusatory purr, “I knew then that we could never be blessed / I know it this way, and I know what I confess.” So heady are the otherwordly atmospherics here, a less dextrous touch could leave it feeling like some hokey Derek Acorah blabberlogue featuring fretful spirits unable to ‘pass over’. In Sandoval’s phantasmal clutches, though, it achieves a bona fide eeriness that only dissipates when we’re poured into an impossibly mellifluous chorus: in a moment of subtle, almost sleight-of-hand interplay between artful production and fastidiously tailored songwriting, ‘Blanchard’ suddenly dips its head in graceful capitulation, unfurling with all the gentle drama of origami left out in the rain.

Thankfully, the following courses of Through The Devil Softly reassure us that The Warm Inventions haven’t blown their collective load too early; ‘Blanchard’ is merely one of several understated highlights on an album that, if anything, is perhaps slightly blunted by its own impressive consistency. Gliding straight out of the opener into ‘Wild Roses’, it’s all too easy to let an unfortunately-timed sigh of contentment paper over the seams - if that happens, it’s not until the latter’s plaintive harmonica wail pierces the reverie that you’ll necessarily notice you’ve drifted. Happily, the ominously rubbery vibrations ushering in third track ‘For The Rest Of Your Life’ serve as a timely reminder that, for the remainder of the album, leaving your cerebral cortex connected will often be just as rewarding as pulling the plug and letting yourself sink.

Connection would be a tad easier, admittedly, if Sandoval’s lyrics were a little less delphic, or her delivery marginally more lucid. As it is, peering into her world is like doing so through the base of a bottle smeared in Vaseline, making the constant temptation to zone out all the more alluring. During ‘Lady Jessica And Sam’, we’re dimly aware that she (or someone) “stayed by the river” and did, y’know, something - possibly something important - but we’d be hard-pushed to say precisely what. Likewise, the particularly tranquilising ‘There’s A Willow’ sounds as though it might well be attempting to guide us to said tree’s actual location. Sorry Hope love, I think you might have to scribble us a quick map - this is starting to feel a bit like asking around Glasto’s stone circle for directions to lost property.

Frankly though, this is nitpicking of the first water. It doesn’t do this record a disservice to say that - from the broody amethyst tones of the cover art, right down to the final scrapes of mournful cello on ‘Sets The Blaze’, or the old-time wireless crackle of pointedly Lynchian closer ‘Satellite’ - Through The Devil Softly is an album whose drowsy currents you’ll want to bob far away on, with no immediate concern over getting back.

Do us all one massive favour, though, and firmly steer anyone caught using it to soundtrack some god-awful Islington dinner party (alas, in the wrong hands, it could feasibly be deployed in the pursuit of such evils) back for a third spin of Moon Safari instead. This is a record to be drunk from deeply, preferably in solitude, along with a bottle of whatever makes you purr as warmly as Sandoval and her Inventions can - and evidently still do - at their best.