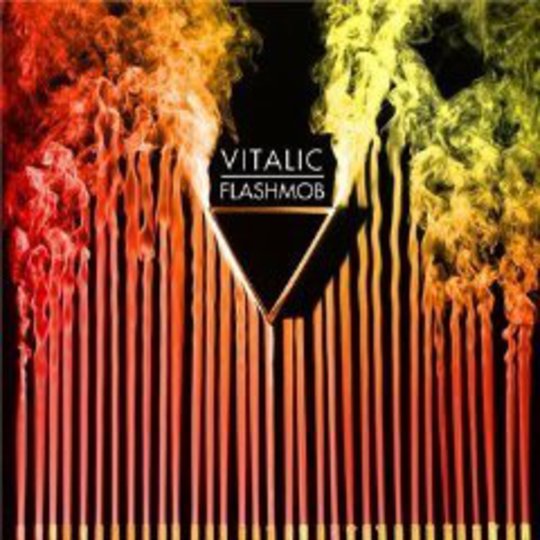 It’s been four years since Vitalic released his debut OK Cowboy and prematurely secured all the plaudits for the best electro record of the decade. Four long years…

Fourteen hundred plus days between albums usually spells trouble, right? A creative block or an overly long period of gestation that results in mind-numbing tediousness. At the very least, your audience will either have long forgotten about you or now be suffering from ludicrously lofty expectations.

So in somewhat surprising and timely news for the dilapidated genre, Flashmob turns out to be a resounding success, at times even more jaw-droppingly loud and inventive than his former opus.

It would be wrong to imply this is a groundbreaking LP, though. For his second album, Vitalic has resisted the common tactic adopted by many electro producers in mimicking a style of a particular period and concentrated on refinement over reinvention. His trademark sound is still watermarked all over the record, simply that everything feels that bit more ‘now’ and progressive.

Structurally the album has a lot in common with its predecessor; there’s a ridiculously simple floor filler that just gets louder and Louder and LOUDER (the title track, which feels like the sadistic older brother of ‘La Rock 01’), an easy-in lead single that sounds vaguely happy amongst chart fare (‘Your Disco Song’) and a song that comes in two parts (the wonderful ‘See the Sea’).

There’s still that hard edge to his production but it’s been notched up a tad, as typified by the recent single ‘Terminateur Benelux’ (which comes across an evil plagiarism-threat pinned on Justice’s recording studio door) and the outlandish ‘Chicken Lady’, which sounds a bit like it’s being played on a chainsaw. But it’s the vocal heavy and mid tempo tracks that make the biggest strides forward.

‘Poison Lips’ sounds like a song born of a futuristic Donna Summer descendant, sounding resolutely European but with a driving bassline and almost unintelligible vocal production. ‘Still’ exaggerates these traits to the point of utter abstraction, whereas ‘One Above One’ is hypnotically cold yet conversely human, combining kitsch Tiga-era electroclash with a climax that’ll echo long into the next decade.

Of the more instrumental tracks, the almost Balearic ‘Second Lives’ is particularly beautiful, resulting in an outro designed for the kind of sweaty beach parties I hope the Spanish kids see fit to indulge in. ‘Station Mir 2099’ is wonderfully swoonsome too, bringing the record to a shimmering resolution.

Whether or not it is as defining a release as OK Cowboy even feels somewhat incidental in the end, as Flashmob is easily the most enjoyable, addictive, air-keyboard-inducing electronic record that the year is likely to produce.