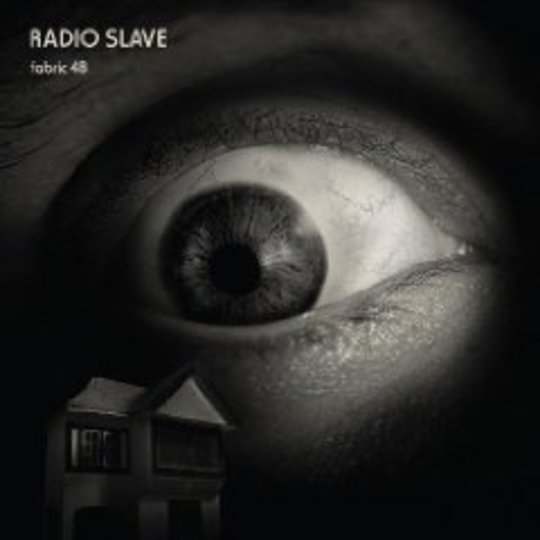 Compared to those operating in guitar-based genres, it’s on the whole easier for dance DJs and producers to simultaneously exist as an underground and commercial concern. This is due to the predeliction for multiple pseudonyms and the possibility (assuming you don’t make, like, breakcore or whatever) of remixing or producing a chart-topping single one week, and pressing up 200 white labels and only selling them online the next. Matt Edwards, who is Radio Slave along with six other aliases, is a pretty choice example of this. In his time he’s remixed Kylie, Elton John, Jamelia, Benny Benassi’s ‘Satisfaction’ and all sorts of others in his goodtime crypto-minimal house fashion; the name was chosen for reasons of mild self-deprecation. In between, he churns out 12-inches and refixes at a prolific rate; his Discogs entry reads like bleedin’ War & Peace.

Fabric 48 sees Edwards get his arguably overdue turn to mix a CD for the club/label, which is, one supposes, somewhere between those two worlds mentioned: you’ll be able to stroll into HMV and buy this, but the 13 tracks herein are all very much a product of the house underbelly. It doesn’t intrinsically suggest either big gleaming clubs, or pokey dark ones – just the venerable pastime of having a good time to hypnotically thumping music.

The opening four tracks have all been either produced, remixed or released by Edwards. It might be best to think of the first of these, Baeka’s ‘Right At It’ (released on Rekids), as an aperitif of sorts, as for most of its gestation, it’s not so much hugely exciting as vaguely creepy minimal business goes. Radio Slave’s own ‘DDB’ is belting, however, seemingly going for a Chicago-y house feel with hi-hats relentlessly clapping and some unidentifiable foreign voice dropping from time to time. If a South American military junta organized a carnival it would probably feel a bit like this.

The fluid segue into ‘I Don’t Need A Cure For This’ – again, one of his own – disguises, initially at least, the track’s more tech-house leanings, which is arguably the less interesting side of the Radio Slave aesthetic. Horses for courses and all that, but I always felt that a lot of tech-house was equivalent to romantic comedies, trying to do two things at once and neither of them especially well. Kudos is swiftly clawed back with the Rekids mix of Dance Disorder’s ‘My Time’, which canters along with a tribal throb and benefits from sounding weirdly cold and digital (‘weirdly’ insofar as lots of classically-minded house prides itself on using analogue gear).

As is often the case with house mixes, Fabric 48 gets chirpier as it proceeds, and features some top rate gear. I’ve never paid a lot of attention to the label Buzzin’ Fly – on some level, this is likely something to do with the fact it’s run by the bloke from Everything But The Girl - but if it houses many more delicious, key-heavy tropical rinseouts like Spencer Parker’s ‘The Beginning’, I should sort that out, stat. ‘Koma Koma’, another Radio Slave original (remixed here by big room prog-trancer Steve Lawler), is one of those tracks that appears to be made for weighting purposes within a mix, and doesn’t bear much analysis outside of that, but it’s pretty neat how Edwards repeatedly slows… it… down and jacks itupagain, before introducing the faraway-sounding, possibly of African origin vocal.

Edwards has something of a taste for adorning his mixes with warbling in non-English tongues, as it goes. Michael Cleis’ ‘La Mezcla’ is the best-known track on here, reissued on Strictly Rhythm after Luciano first bunged it out on his Cadenza label, and probably the highlight of this mix – on its own merits and, moreover, the feeling it evokes: that of dying on your arse around 5am before being picked up and spun around the club by the utter serotonin-drenched JOY of one particular track. It’s bubbling classic house with a flute and Spanish vocals and could have been made at any time in the last 20 years. That it deviates into 2000 & One’s ‘Wan Poku Moro’ and its fierce diva vocal lecture gives the impression that Edwards waited for an hour before deciding that being gay was more fun, a notion that bears fruit here.

Not every selection is a thrill ride, the less-is-more attitude of the fact there are only 13 tracks will split opinion and you could say it’s a bit vain to pluck half the tracks from your own label (albeit mostly unreleased). However it’s hard to see why anyone who likes house, in most of its myriad subgenres, wouldn’t like Fabric 48.